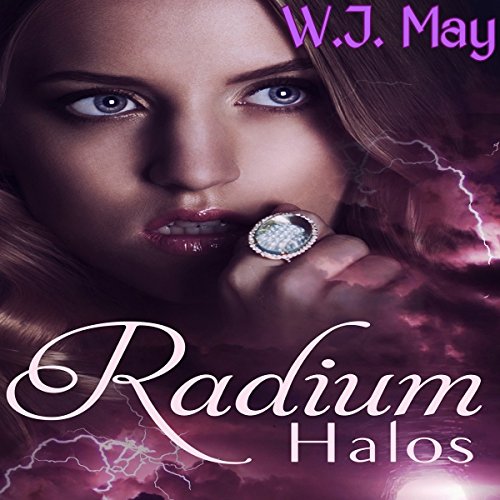 Everyone needs to be a hero at one point in their life.

The small town of Elliot Lake will never be the same again.

Caught in a sudden thunderstorm, Zoe, a high school senior from Elliot Lake, and five of her friends take shelter in an abandoned uranium mine. Over the next few days, Zoe's hearing sharpens drastically, beyond what any normal human being can detect. She tells her friends, only to learn that four others have an increased sense as well. Only Kieran, the new boy from Scotland, isn't affected.

Fashioning themselves into superheroes, the group tries to stop the strange occurrences happening in their little town. Muggings, break-ins, disappearances, and murder begin to hit too close to home. It leads the team to think someone knows about their secret - someone who wants them all dead.

An incredulous group of heroes. A traitor in the midst. Some dreams are written in blood.

What listeners say about Radium Halos

Awful robot like story telling with wrong pronunciation. Couldn't wait for it to finish & not for the right reasons. Story not bad for a young teen but narration not engaging.

What a great storyline

I’m so looking forward to the next book. This storyline is very unique. With good characters and a brilliant storyline it’s one I’m going to love. Good performance from Joette.

A nice listen but short

I loved the characters and the plot it's about teens getting stuck in a mine in a storm. Lighting strikes the room they are in, once they get home and go to bed with waking they find they have changed. Their sense are stronger each having a different one. What they find is they now have supernatural power. They have to find how to control them as they try to help those around them.

Joette Marie as a narrator was okay she didn't do so bad but the narrator in the box-set is much better. Joette sounded like she was reading with little or no emotions in it. She needs to slow down a little and put more emotion in her tones.


I would enjoy listening to more of this series but not with this author. The plot is very interesting but had I listened to this audio and not the one in the box-set I would not have wanted to.

Wonderful, exciting story for YA!!!

Radium Halos, an Audiobook by W.J. May is the first in a new series and was a WONDERFUL story!!! It’s the story of Zoe, a high school student and five of her friends. They stay in a mine and after they get back home, they all start noticing a HUGE increase in one particular sense…all but, Kieran…a new guy from Scotland. They decide to use these new, enhanced skills to help others!!!

This story was narrated by Joette Marie who does a good job at bringing out the emotions of the situations that the kids are put in.

I am volunteering to leave a review for an Advance Reader Copy of this Audiobook.

An enjoyable start to this series as we follow the characters, the narration is alright

Had so much fun listening

Well, I really have to get the next book in the series because I want to hear about what happens with these teenagers. So far I am enjoying the story.

Some Dreams Are Written in Blood!

This is another story that was in W.J. May's Four and a Half Shades of Fantasy box set. I listened to it and I realized that every story in the box set is extremely good. With the box set stories May only includes a portion of each episode. This is episode 1 and its a short, fast paced story that goes by really quick. This story is promising, unique, and the plot is intriguing. The characters are well developed and I really connected with each character. The story is just now developing and coming together and I'm eager to see what the author has in store for these teens.
Joette Marie did a great job in her telling of this story. She did an exceptional job with distinguishing each characters accent. I knew exactly which character was speaking throughout the entire story. I did mention that I listened to Four and a Half Shades of Fantasy by May but narrator Andrea Emmes got the job to narrate each episode in the boxed set. I don't mean to offend but Andrea's voice was made for every story May has written. I wish she had been around or chosen to narrate all of the author's stories. I hope she chooses Andrea for her future audiobooks. This story is brilliantly written and overall, it gets a 5 stars from me.