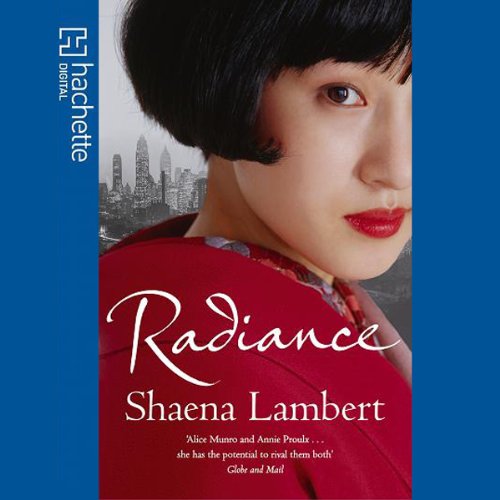 By: Shaena Lambert
Narrated by: Tara Ward
Try for £0.00

Keiko Kitigawa disembarks from a plane on a New York airstrip in June 1952, turning one scarred cheek away from the pop and flare of news photographers’ cameras. On the surface, she is impeccably composed, an 18-year-old survivor of the atomic blast that destroyed Hiroshima and vaporized the people she loved best. But the committee who is sponsoring her visit to America for charitable reconstructive surgery want to crack that surface. America is obsessed with the atom bomb, and to achieve its political ends, the committee expects Keiko to become the poster child of the ban the bomb movement, peddling her story to the American public in all its searing, guilt-inducing detail.

Daisy Lawrence, Keiko’s suburban hostess as she recuperates, is assigned to soften up the girl and pry her story out of her. With McCarthyism in full swing and the Hydrogen bomb on the brink of completion, Radiance traces the story of the deepening relationship between Daisy and the girl. Wary manoeuvres, whispered intimacies and wrenching betrayals dance the two women - 'host mother' and 'Hiroshima maiden' - unbearably close to the burning stories at each other’s hearts.

What listeners say about Radiance