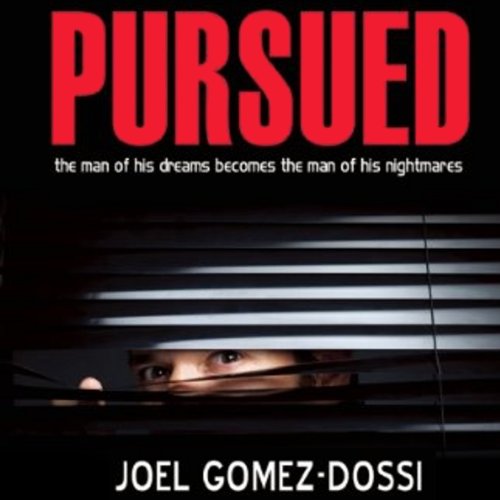 By: Joel Gomez-Dossi
Narrated by: Stephen Bel Davies
Try for £0.00

Nestled in upstate New York, Stratburgh University has a problem. Three sorority sisters have disappeared, and the police say they simply ran away. The students are outraged. Even openly gay junior Jamie Bradford is concerned, only he has other worries. He doesn’t have a boyfriend and is willing to disregard the troublesome news on campus to find one. With hopes of finding a lover, Jamie attends the party of the year and becomes involved with two men at the same time. One is the man of his dreams; the other is a man of his nightmares and a police officer. And Jamie’s hell begins. The cop has another goal and will stop at nothing to achieve it. He’s even willing to track Jamie through the Catskill Mountains and New York City to get what he wants. Jamie’s life.
©2012 Joel Gomez-Dossi (P)2013 Audible, Inc.
Mystery
Show More Show Less

What listeners say about Pursued

A Thriller with a Capital T

The mysterious disappearances of three sorority girls aren't going to stop our narrator, Jamie, a self-described “twinkish” college student, from looking for love--or just great sex--at the campus party of the year.

He doesn't meet anyone at the party, but he starts seeing the police officer who arrests him there.

The policeman turns out to be a jerk and a stalker—He might also be the murderer.

Jamie flees for his life and is pursued through the Catskills and New York City.

This book was a page turner; a thriller with a capital T, with memorable--and funny--characters.

Shallow, no feeling for the MC because they have no depth and the narrator sounds continuously surprised.