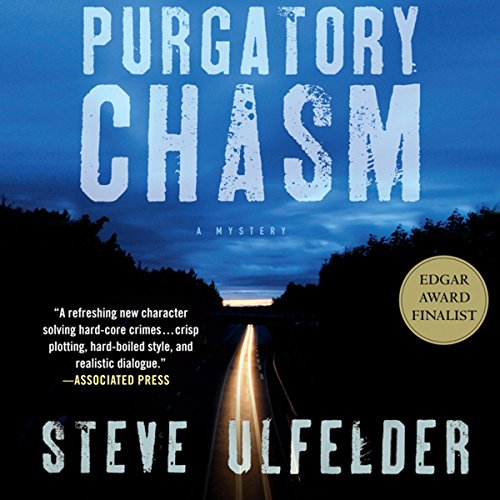 “Tander Phigg was an asshole, but he was also a Barnburner. Barnburners saved my life. I help them when I can. No exceptions.” The job seems simple. Conway Sax, a no-nonsense auto mechanic with a knack for solving difficult problems, has never liked obnoxious blowhard Tander Phigg. But a promise is a promise.

Tander’s a Barnburner, a member of the unique Alcoholics Anonymous group that rescued Conway, and when a Barnburner has a problem, Conway takes care of it. Besides, all Tander wants is to get back his baby, a vintage Mercedes that’s been in a shady auto shop far too long.

But Conway soon discovers there's much more to the problem than Tander first let on – especially when Tander turns up dead. Conway was the last person seen with the victim, and on top of that, he has a record, making him the cops’ top suspect. He must catch the killer to clear himself, but beyond that, he’s a man who honors his promises, even when the guy he made them to is dead.

In the tradition of Robert B. Parker and Dennis Lehane, Steve Ulfelder’s crackling debut mystery features a gritty, razor-sharp new voice in crime fiction. Conway Sax isn’t a hired gun or a wise-cracking urbanite. He’s just a mechanic trying to make his way, a blue-collar guy whose ideas about family and loyalty are as deeply held as they are strong. He’ll break your heart if you’re not careful.

"Genuine characters and intense action--a serious crime novel with serious edge." (Patrick Lee, New York Times best-selling author of The Breach)
"Purgatory Chasm grabs you at the gate and doesn’t let go, careening through a top-notch whodunit to an ending you don’t see coming. A debut this good makes you wonder what Ulfelder’s holding back for the next race.” (Sophie Littlefield, Edgar Award-nominated author of A Bad Day for Sorry)
"Holds a hot, ominous idle just until Ulfelder engages gears and hits the gas, pinning you back against the seat, hopeless to leave before the end of the ride. One of those rare debuts that leaves you immediately eager to see what is next." (Michael Koryta, award-winning author of The Silent Hour and The Cypress House)

This is a debut mystery in a series about Conway Sas, trained as a mechanic and with a prison record, and, by his own description, a drunk. But he kicks the habit and joins A.A. The group he finally hits upon as perfect for him is called The Barn Burners, and is made up mostly of guys who either have a prison record or have something to hide, but who are all sober. They have innate loyalty to each other and will always rescue each other. So when one of them asks Conway to help him get his Mercedes back from a car repair shop where it has been held for too long, he agrees, even though he considers the man “an asshole”, and he keeps to his promise even after the man turns up dead. But he soon finds out that there is much more to the story, including buried money. In the meantime, his father, also a drunk for 30 years, turns up now sober, and he attempts to help him even though his father was never very much of a father to him. This is a haunting and very good book with some lovable, and some horrible characters.

Too good to ignore

Each year I look at the Edgar award nominees and slide those books on my TBR list--this was a contender in 2012, but for some reason I forgot about it until this past month. What a mistake! A really solid mystery with lots of action, likable characters, red herrings and an unpredictable twisty plot. While the ex-race car driver/mechanic protagonist is flawed, he's definitely a good guy with strong loyalties and is fiercely protective of those he feels responsible for. Mark Boyett does a fine job as the voice of Conway Sax, making this one of those books that is even better in audio than in print. Book 2 of this promising series is already in my cart!