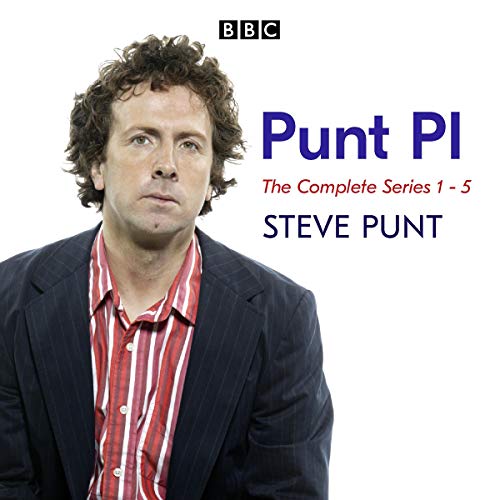 His methods may be unconventional, but he gets the job done in this collection of all 17 episodes from series 1-5 of Punt PI.

Ranging from the bizarre to the macabre, he investigates the following tantalising cases:

Series 1:
Steve probes cases including a couple who find 400 false legs beneath their floor, missing steam trains hidden in case of nuclear war and Britian's own Bermuda triangle.

Series 2:
Steve investigates whether Hitler really was going to set up and HQ in Balham, goes on the trail of TV detector vans and searches for the real Manchurian Candidate.

Series 3:
The PI turns his hand to investigating the cases of Argelton, a place existing only on internet maps; whether the Nazis developed flying saucer technology; a search for Queen Victoria's voice; and a curse of crying boy paintings.

Series 4:
Steve delves into the mysteries of a poisoned partridge, the disappearance of a film about David LLoyd George and the site for the epic Battle of Wattling Street.

Series 5:
Our diligent investigator is called on to look into a pensioner's secret stash of arms, the 1928 Charfield Rail crash and a 400-year-old case of a missing person.

Conspiracies well presented with a great and sometimes amusing narrative,. Each story was new to me and l felt compelled to hear the conclusion of each one. An all round good, easy going and entertaining listen based on fact ( I think!). I'll will revisit it.

great entertainment that really helps pass the time.steve punt at his version best.nothing more to ask for.

love these, so glad to have them in one place, narrator is perfect, his delivery is amazing