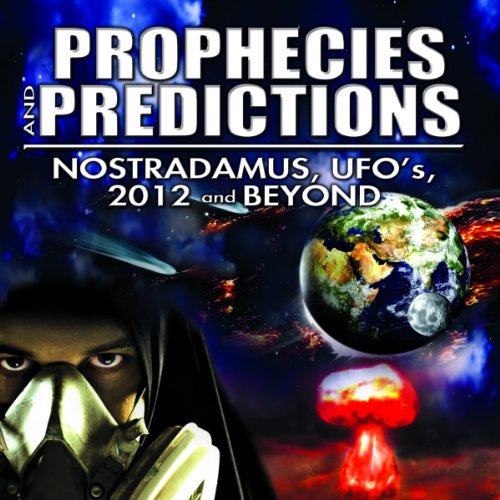 Messages of divine inspiration or revelation of monumental future events have been received by prophets from disembodied spirits, gods, angels, and oracles for centuries. From the end times and beyond, learn of the true and shocking prophecies and predictions by real individuals who claim to have had contact with other intelligences from the cosmos. 1. "The Nostradamus Files": According to the ancient predictions were condemned as Black Magick by the Church of England. Learn how he accurately predicted the death of kings, the great fire of London, the rise of Adolf Hitler and the holocaust of the Second World War.

2. "Prophecies from Outer Space": In 1958, Billy Meier predicted the Iraq Wars, AIDS and global warming. This remarkable, true-life story about how a young Swiss boy’s meetings with extraterrestrials would eventually lead him to fulfill ancient prophecies later in life. Meier’s life story is an enigmatic journey that ultimately culminates with him becoming the messenger for an advanced race of beings known as the Plejaran. Their message is clear: Earth is in trouble, the people have been asleep, and we must make drastic changes or there will be devastating consequences for all of mankind.

3. "The Code of the Ancients": Some say the end of mankind is near. Some say that financial turmoil is part of the process, along with global warming, warfare, and the spread of mass psychosis. Children are fed drugs to keep them calm; nations are invaded by their neighbors; the climate is changing all around us; celebrities become our gods and materialism is the new mantra. Every day sees new challenges for our species, while we create madness and chaos on an unprecedented scale. There exists a power that has been hidden and lost. All knowledge of it has been destroyed until now.

What listeners say about Prophecies and Predictions