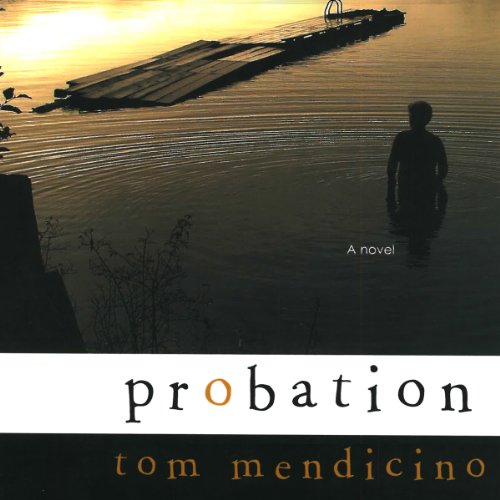 All it took to destroy Andy Nocera's seemingly perfect life was an anonymous tryst at an Interstate rest area. Sentenced to probation and thrown out by his wife, he spends his week as a traveling salesman, and his weekends at his mother's house where no questions are asked - and no explanations are offered. To clear his record, the State of North Carolina requires Andy to complete one year of therapy without another arrest. He attends his sessions reluctantly at first, struggling to comprehend why he would risk everything. Answers don't come easily, especially in the face of his mother's sudden illness and his repeated failure to live as an openly gay man. But as Andy searches his past, he gets an opportunity to rescue another lost soul-and a chance at a future that is different in every way from the one he had envisioned.

With profound honesty, sharp wit, and genuine heart, this debut novel portrays one man's search-for love and passion, acceptance and redemption - and for the courage to really live. "If you're looking for a smart, engaging, witty, sad and unusual book about the complicated nature of family and love, try Tom Mendicino's Probation. You'll be glad you did". (Bart Yates)."Probation is the rare novel that dares to take the listener on a journey through the dark night of the soul. An unflinching look at the dark side of self-discovery, it is ultimately a story of transformation and the worlds of possibilities hidden within each of us". (Michael Thomas Ford)

Tom Mendicino spent six raucous years roaming the country and eking out a living in the Sales Department of several New York publishing houses before attending the law school of the University of North Carolina. His stories, some of them excerpts from Probation, have appeared in several recent anthologies.

From page one I knew I had connected with the story, the portrayal of the damaged Andy, the protagonist, was an instant winner. Yes, it's been painful being part of his inner monologue- sad, but smart and engaging! . Yes, I felt his self-hate would become my own. But, in the process he finds a way to fix his broken soul. Thanks God!
The prose is so powerful to the extent that it sucks you mercilessly in the dark side of possibilities hidden within each of us, and holds you strongly to its very end. There’s an analytical and psychological quality to Mendicino’s writing, which is rare in the genre. The author dares to go deeper and deeper into the complicated nature of family, love and pursuing these sexual encounters, breaking your heart to pieces, and then put them back together. There is a humor,self-irony. And a passion. But most of all, there is a hope- what goes around comes around- and there is a future to move on with somebody else. Things have come full circle.