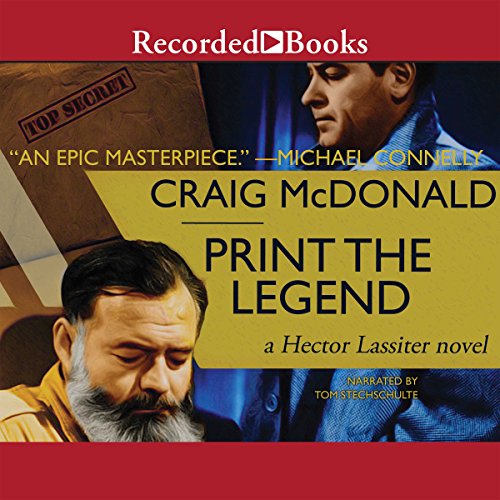 Craig McDonald made a huge critical splash with his debut Head Games—shortlisted for the Edgar, Anthony, and Gumshoe Awards. In his thrilling followup, he delivers a devilishly clever mystery built around the premise that legendary author Ernest Hemingway’s death was anything but a suicide.

It was the shot heard around the world: On July 2, 1961, Ernest Hemingway died from a shotgun blast to the head. Four years later, two men have come to Idaho to confront the widow Hemingway—men who have doubts about the circumstances of Hemingway's death. One is crime novelist Hector Lassiter, the oldest and best of Hem's friends...the last man standing of the Lost Generation. Hector has heard rumors of some surviving Hemingway manuscripts: a "lost" chapter of A Moveable Feast and a full-length novel written by a deluded Hemingway that Hector fears might compromise his own reputation.

The other man is professor Richard Paulson, who along with his pregnant wife Hannah, herself an aspiring writer, is bent on proving that Mary Hemingway murdered Papa.

As Hector digs into the mystery of Hemingway's lost writings, he uncovers an audacious, decades-long conspiracy tied to the emergent art movements of 1920's Paris, the most duplicitous of Cold War espionage tactics, and J. Edgar Hoover's FBI.

"Ingeniously plotted and executed, Print the Legend is an epic masterpiece from Craig McDonald. Beginning to end, I was riveted by this story of character, history and intrigue." (Michael Connelly)

What made the experience of listening to Print the Legend the most enjoyable?

The book tells a believable tale of large conspiracy around factual events in the life of a beloved American author. But what made it so enjoyable is the desire I now have to read or re-read what Hemingway books were plot points in this novel.

"If you think Hoover was an aweful man, think lower."