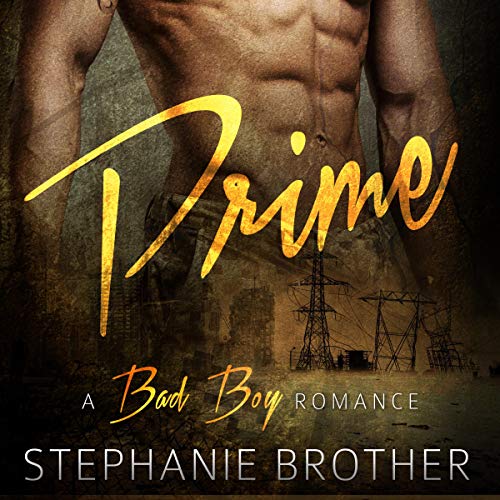 By: Stephanie Brother
Narrated by: Simone Gayuma
Try for £0.00

When only one man will do.

There is nothing that can get me back into the field again, except the one thing I never expected to lose in the first place: Ruby Anderson. She walked out on me five years ago, and I haven’t heard from her since. Now she’s in serious trouble, and I'm the only one who can help her. I won’t be able to live with myself if I lose her again, but the only chance I’ve got of saving her is doing what I promised I wouldn't do: getting back into the field. It’s an impossible choice, but when it comes down to extremes, there isn’t anyone better qualified than me. At the very least, she owes me a good-bye kiss.

The last person I want to be thinking about right now is Jaxon. There is a very good chance I'm not going to make it out of here alive, so the last thing I want to be doing is wasting my time on him. His perfect abs, his cocky arrogance, his swollen ego. I've survived perfectly well for the last five years without him, and there’s no way I'm going to give in now.

They might have me bound and gagged, there might be 20 heavily armed fighters between me and freedom, this might be the very situation he’s trained his entire life for, and there might be a secret I haven’t been able to bring myself to tell him, but even so, he’s out of my life for good now, he has no idea where I am anyway, and there are much better things for me to focus on. I left Jaxon for a perfectly good reason, and there’s not a single one that would make me look back now. Not even if I need him more than anything else on this earth.

What listeners say about Prime: A Bad Boy Romance

A second chance romance that starts off with so much action as well as drama you will be hooked! I really enjoyed listening to this book... so much that I did it all in one sitting. Narration was done fantastically as well.

This book is action packed and Jaxon is the ultimate cocky bad boy. Ruby is hard headed and a little self centered. Ruby not only put herself in danger but everyone she claimed to love. They both have issues that need to be worked out before there can be a happily ever after. This is at least worth the listen.

I really liked this book. I got hooked right at the very beginning with Jaxon's cocky attitude and his confident countdown. I loved his character. He might have been a player when him and Ruby met but I wouldn't consider him a bad boy. I found Ruby to be ungrateful and selfish and not very likable for about half of the story. I did like her much better after she apologized to Jaxon and became much nicer. This book was fast-paced and full of suspense for the first half of the book, then it switched gears and became more about their relationship. Simone Gayuma did a great job bringing this story to life.

If you can find a man like Jaxon, even if he is a bad boy, he is well worth trying to keep! This story has action and suspense, and a couple that seems to not be able to find their way! Ruby and Jaxon met and their chemistry is off the charts. When Ruby realizes their lives won't meld, she runs to Mexico to further her journalistic career. When she ends up in over her head, Jaxon is sent to use his skills to get her out. But what he finds is much more than he expects. It's a story of surprise, suspense, and love that will melt your heart. While these two at times didn't always seem to connect, their connection is true. The story flows, and is entertaining.

This is my first Simone Gayuma narration and I enjoyed her style. With an array of voices, she easily transitions between characters and really gives a good emotional performance. Ruby is tough, and her portrayal gives her that edginess. I will watch for more by her.

This book started off full of action and adventure, then slowed down to the relationship stuff towards the end. I thought there was going to be another big obstacle in the way of the relationship but it all settled down nicely. Great narration.

Alphas All The Way

This is a short sexy second chance romance that packs plenty of action. The hero is melt your earbuds hot.

Simone Gayuma is easy to listen to and transitions between male and female characters well.

I would recommend this to fans of second chance romance, alpha soldiers and action both between the sheets and out.

This is a well written story about second chance romance. This is the first book by Stephanie Brother. I enjoyed listening to this audiobook.

Heroic romance with plenty of action.
I really enjoyed the characters and love story in this one.
Great narration I’ll be checking out more by this author.

I loved how after 5 years of being separated Ruby and Jackson's love for each it's a good romance with action and being reunited with a love one I like that it had a happy ending and no cliffhangers.

A second chance romance that starts off with so much action as well as drama you will be hooked! I really enjoyed listening to this book... so much that I did it all in one sitting. Narration was done fantastically as well.

This is my third audiobook by this author and just like the previous ones I loved this book! It was different from her other books but I enjoyed it nonetheless.

This is a nice story I expected more bad boy moments but it was ok.

I found this book to be solidly “okay”. The characters lacked depth and while there was some spark between them it never really took off for me. Ruby was hard to get behind, she came across as naive to the danger around her and rather hypocritical. Simone’s narration was good, but lacked passion. I got the feeling she wasn’t any more into this read than I was. All in all, a decent story that doesn’t quite live up to its potential.

I received a review copy of this title at my request and am voluntarily leaving this honest review.

5yrs ago, Jackson and Ruby had an affair then she ran away...without letting Jackson know that she was pregnant. Now her father has hired him to rescue her from kidnappers in Mexico. Turns out that Ruby is an investigative journalist and has some dirt on some very bad men. Jackson successfully rescues Ruby and their daughter, Jessica, and takes her to her father’s Boston home. Can the duo mend fences for the sake of their daughter and give love a try?
I voluntarily accepted a complimentary copy of this book in exchange for an honest review.
#AudiobookObsession

I really enjoyed the setup for this story, and the narration by Simone Gayuma was very well done. It was really hard to like Ruby, she was so defensive and once the story comes out very hypocritical. She was also so blinded by her goal that she seemed almost naive about the danger around her and her daughter. Simone's performance really helped keep me into the story and connect more with each of the characters.