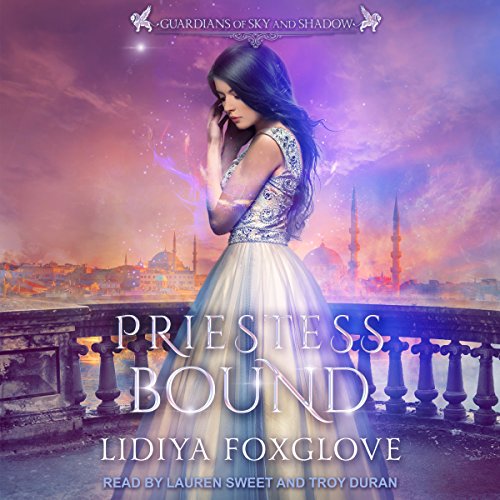 Phoebe is the fated priestess, a channel for magic, whether she likes it or not. She has little power of her own - or does she?

A piece of golden jewelry might hold the key to a plot to suppress the priestess's true magic. Until she can find the secrets, however, she has to stay alive and keep her four guardians in line: Sir Forrest, her grumpy and reluctant but truly devoted protector; Gilbert the bard, who fell in love with the Prince of Gaermon before he discovered his true fate; Niko the Lucky Dragon, an arrogant smuggler who bows to no one but won't make a move without rolling his dice; and one who is her sworn enemy, but thanks to the magic, Phoebe can't resist him - and he can't resist her.

All her guardians have been found, but this is just the beginning. Who is a friend and who is a foe? What are the Shadow Guardians, really? The Emperor wants her dead, but even the Elders have not told the entire story...

What listeners say about Priestess Bound

Thiis book knows what it did, and isn't sorry. I quite enjoyed it. Also both narrators were excellent. I highly recommend it.