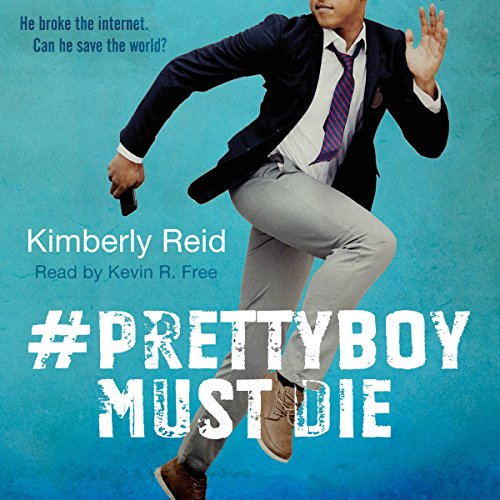 From beloved YA author Kimberly Reid comes an exciting new audiobook that will speak to young listeners.

A CIA prodigy's cover is blown when he accidentally becomes an Internet sensation in #Prettyboy Must Die, a fun, fast thriller inspired by the #Alexfromtarget story.

When Peter Smith’s classmate snaps a picture of him during a late night run at the track, Peter thinks he might be in trouble. When she posts that photo - along with the caption “See the Pretty Boy Run” - Peter knows he’s in trouble. But when hostiles drop through the ceiling of his sixth-period chem class, Peter’s pretty sure his trouble just became a national emergency.

Because he’s not really Peter Smith. He’s Jake Morrow, former foster kid turned CIA operative. After a massive screw-up on his first mission, he's on a pity assignment, a dozen hit lists and now, social media, apparently. As #Prettyboy, of all freaking things.

His cover’s blown, his school’s under siege, and if he screws up now, #Prettyboy will become #Deadboy faster than you can say "15 minutes of fame". Trapped in a high school with rabid killers and rabid fans, he’ll need all his training and then some to save his job, his school and, oh yeah, his life.

What listeners say about Prettyboy Must Die

we mostly enjoyed the story. the narrators voice for the girl was a bit off putting.

It's a fun book. It's a quck read, and really silly plotwise, but it's a fun summer listen.