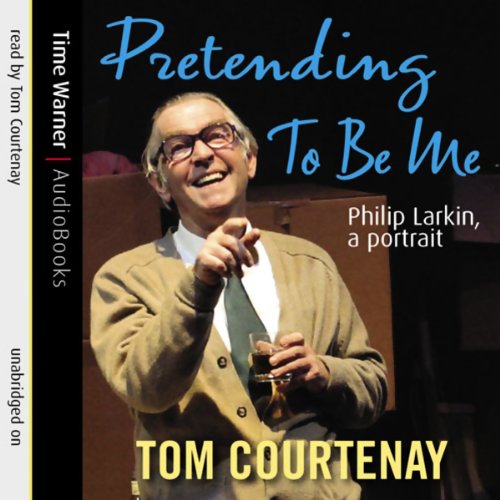 Pretending to Be Me

Pretending to Be Me is an intimate, acerbic, and occasionally scurrilous show about the poet, jazz aficionado, and Hull University librarian Philip Larkin. Larkin has moved home; surrounded by packing cases, playing selections from his favourite jazz LPs, and making himself cups of tea, and later whiskies, he reflects wryly on writing and life. Hilarious and moving, the narrative shifts seamlessly between Larkin's outrageous wit and the poems, which Courtenay reads with powerful directness and simplicity. Philip Larkin, one of the foremost figures in 20th-Century English poetry, feared his epitaph would be: "They fuck you up, your mum and dad". This, and other familiar poems, "An Arundel Tomb", "The Whitsun Weddings" and "High Windows" are included in Pretending to Be Me.
©2003 Tom Courtenay (P)2005 Time Warner AudioBooks
Entertainment & Celebrities
Show More Show Less

What listeners say about Pretending to Be Me

A rare treat for poetry lovers!

This is a truly wonderful audiobook - if you're listening on your MP3, you'll be entranced and transported, made to feel so very glad that such things as audiobooks exist.

Tom Courtney narrates as if he were the poet, Philip Larkin. It's rather like an autobiographical diary spoken on behalf of the poet, taking us on a journey through Larkin's life with various poems cleverly worked into the narrative as things go along. You'll smile as well as be moved. The readings of Larkin's poems are exceptional.

I had the privilege of seeing Courtenay perform this in Jermyn Street. Using a great deal of Larkin's own words, and some of his poetry you really get close to the man - the wit, and the Eeyorishness of the personality. I concur with the previous reviewer - five stars.

I chose this as I love Tom Courtenay’s voice and that is half the battle on Audible. I know and enjoy Philip Larkin a little.
Was totally hooked on this book and listened to it twice on the same day! A great find - Thank you!

It's a stunning piece of work about a wonderful and eccentric poet by an immaculate performer.