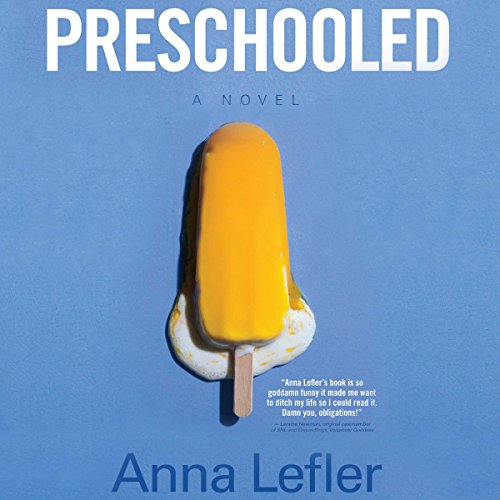 Behind the toddler-proof gate of Santa Monica's exclusive Garden of Happiness, it's the grown-ups who are getting schooled.

When new preschool parent Justine discovers that the man who broke her heart back in grad school is a dad in her daughter's class, she tells herself she's immune to the superficial charms of the ex she calls "the crapwizard". But when his presence opens a time tunnel of potent memories from her life before motherhood, she must find a way to defuse her old attraction to him before it undermines her marriage.

Then there's Ruben, rookie stay-at-home dad and stand-up comic who quits his day job to pursue his TV-writing dream on his wife's condition that he take her place among the "power mommies" on the school committees.

And ruling the sandbox with an iron fist is Margaret, whose ongoing divorce from her dentist-turned-New Age-surfer husband forces her to rely on her dubious people skills in order to keep the school that has become the cornerstone of her identity.

When the new school year kicks off with a flight-risk rabbit named Ozone, a school secretary in desperate need of a social filter, and some double-barreled committee recruiting tactics, it's not all juice and cookies for Justine, Ruben, and Margaret as they struggle to play nice.

"This book is like a warning. A terribly funny and entertaining warning." (Jenny Lawson, The Bloggess, New York Times best-selling author of Let's Pretend This Never Happened and Furiously Happy)
"Listen, I grew up in a tough neighborhood, but these parents in Anna Lefler's hilarious preschool novel scare the hell out of me." (Steve Schirripa, New York Times best-selling author and costar on The Sopranos)
"With hilarity and compassion, Anna Lefler examines the juice box from all angles - how do a group of well-meaning parents end up cowed by a preschool that's stricter than Harvard? Read to find out and wince with recognition." (Nicola Kraus and Emma McLaughlin, best-selling authors of The Nanny Diaries and Nanny Returns)

A delight from start to finish

Treat yourself! This is a lovely book, gentle and quirky and funny, and it's wonderful to hear its author bring it to life.