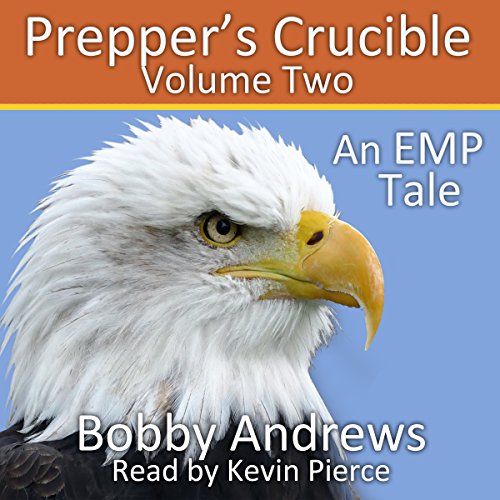 By: Bobby Andrews
Narrated by: Kevin Pierce
Try for £0.00

In volume two, our preppers work to consolidate their sanctuary at the ranch. They manage to restore power and water, and encounter several deadly situations in the course of defending themselves and their neighbors. The group grows, as they include Cory, a Park Ranger they met during their bug out to the ranch, and his family. Ben, an elderly neighbor, is brought into the fold as well. Don, the group's informal leader, struggles with balancing his protective instincts toward the group, with the need to cede power to each of its members. Follow along as the world around them descends into chaos, and they struggle to cope with a world gone mad.

What gives? This short book is exactly the same as the last chapters of the first book. This must be an error on someone's part. It is definitely an error to order this item.

This waa a total repeat of volume 1 . A total waste of my.money. Great performance as always by Kevin Pierce.

Nice sequel. More prepper info and how to very good. Spiced up with true marital relationships, but nothing too detailed to be embarrassing.

I recommend this book.

Narrator is wonderful, easy to listen to. Stories are too short, could put two together.