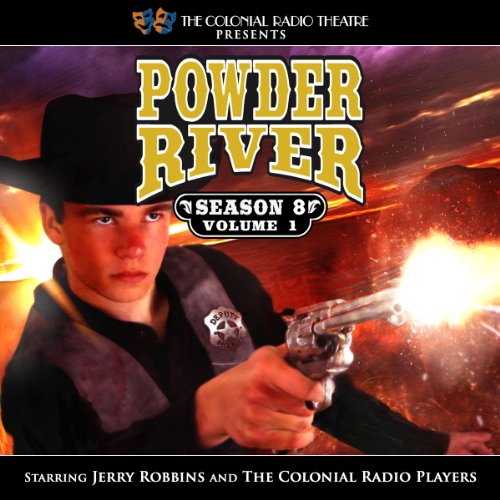 The award winning Colonial Radio Theatre's long running western series, Powder River, opens its 8th season with "A Single Bullet," in which Jacob (James McLean) is finally promoted to Deputy of Clearmont, and his first day on the job proves to become one of the towns darkest. Meanwhile, Doc (Lincoln Clark) is still struggling with guilt from the fire that destroyed his wife Millie's (Diane Lind) General Store, Restaurant, and Hotel. He is driven to "The Point Of No Return," and when he becomes a danger to himself and others, faces a show-down with Britt MacMasters (Jerry Robbins). In the episode "From the Ashes Will Rise," the town of Clearmont discovers that through all the trials and tribulations, they will continue to survive, overcome adversity, and rebuild - on the foundation of their past.

Keep up the great stories, I have the entire series. Do hope there's more to vome.

I love the Powder River series. I've listened to them over and over again! Can't wait until the next season!!!