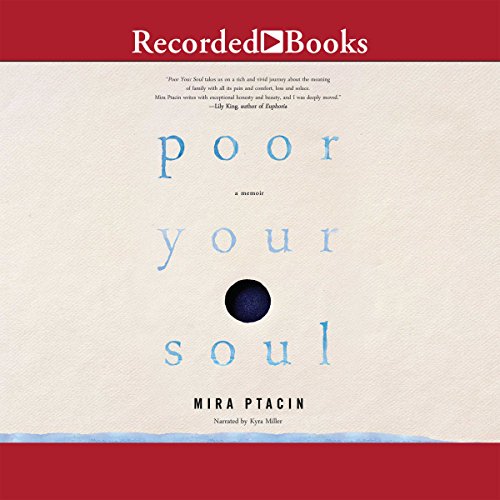 Guided by the narrative of her mother's tragic loss of a son years earlier, Mira Ptacin confronts an unexpected pregnancy with a child who has no chance of survival outside the womb.

At age 28, Mira Ptacin discovered she was pregnant. Though it was unplanned, she soon embraced the pregnancy and became engaged to Andrew, the father. But five months later, an ultrasound revealed birth defects that would give the child no chance of survival outside the womb. Mira was given three options: terminate her pregnancy, induce early delivery, or wait and inevitably miscarry. Her story is woven together with the story of Mira's mother, who immigrated from Poland (also at the age of 28) and adopted a son, Julian, who would die tragically, bringing her a similar, unimaginable grief.

A gorgeous, heartfelt first book by an award-winning essayist and Guernica contributor. An earnest and direct discussion of women's reproductive rights from a personal angle rather than a political one. Author has a robust social presence on Facebook and Twitter and has written for The Atlantic, New York Magazine, McSweeney's, Poets & Writers, The Rumpus, and more.

"Beautiful, beautiful." (Roxane Gay, author of Bad Feminist)
"I defy anyone to read this and still believe pols have any right involving themselves in women's reproductive lives." (Martha Plimpton, Emmy and Tony-nominated actress and pro-choice activist)
"Vivacity of spirit, pungency and accuracy of observation, and a sharp, disabused, but nevertheless empathetic consciousness permeate her pages. Mira Ptacin soothes us, but she also, always, surprises." (Vijay Seshadri, winner of the 2014 Pulitzer Prize in poetry)

A touching memoir, interlaced with just the right amount of humor. I will be buying copies for some of my closest girlfriends and family members.