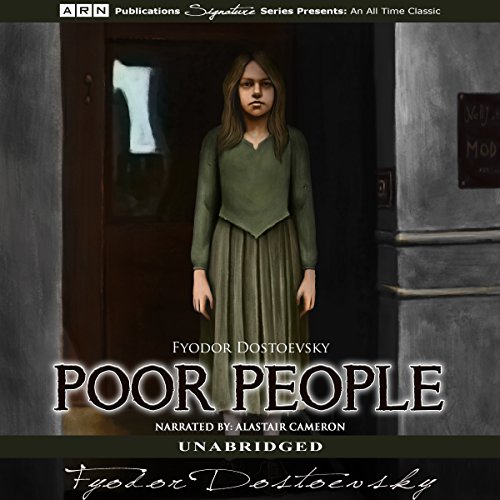 This gloomy book is written in the form of letters exchanged between two cousins, Makar Devushkin and Varvara Dobroselova, who live on the same street in a shockingly deprived part of St. Petersburg Russia. Makar is a lowly clerk, who is being bullied at work and lives in the screened-off corner of someone else's kitchen and Varvara has taken in sewing as a means of avoiding falling into prostitution to make money. Their friendship is touching and sentimental, but it begins to suffer.

Will they find their way out of poverty, either by marriage or other means? Will their friendship recover, or will money eventually come between them?

This novel deals with themes of extreme poverty and marginalization, and was originally written to raise funds to pay off Dostoevsky's mounting gambling debts, when money was very much on his mind.