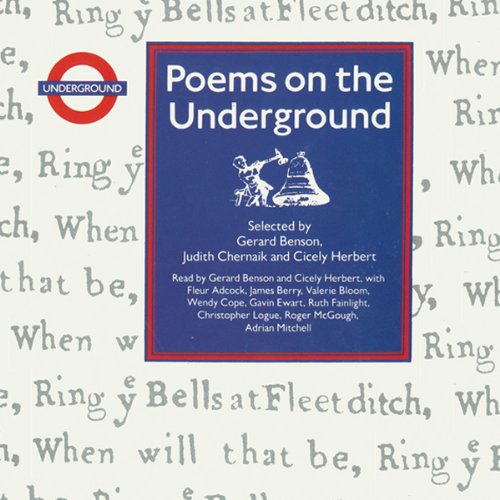 Poems on the Underground

Poems on the Underground

The now familiar poem posters first appeared in London's tube and underground trains in 1986. The idea was simple enough: why not convert the empty advertising space above the passenger's heads into a simple celebration of the poetry that has underscored English literature for a thousand years or more?

The poems soon caught the public's imagination. Here on the trains there was at last something different, words to soothe, inspire, move, charm, surprise, arouse, even occasionally to shock, but never to sell.

The programme grew, and attracted international attention, so that now there are similar programmes of public poetry on transport systems around the world, from New York to Shanghai, including Dublin, Paris, Athens, Stuttgart, St. Petersburg, Moscow, San Francisco, and Barcelona. This latest anthology brings together the best of all of them in a single volume.