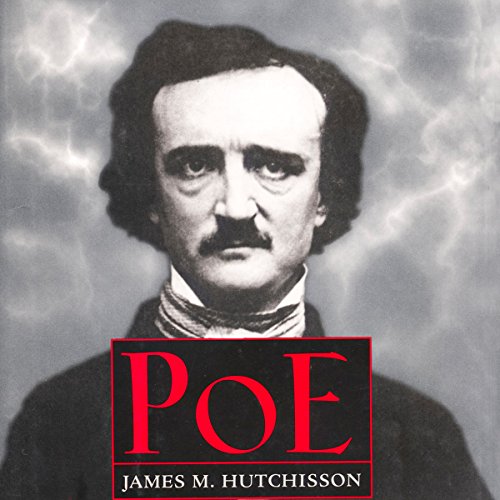 Edgar Allan Poe (1809-1849) was an American original - a luminous literary theorist, an erratic genius, and an analyst par excellence of human obsession and compulsion. The scope of his literary achievements and the dramatic character of Poe's life have drawn readers and critics to him in droves.

And yet, upon his death, one obituary penned by a literary enemy in the New York Daily Tribune cascaded into a lasting stain on Poe's character, leaving a historic misunderstanding. Many remember Poe as a difficult, self-pitying, troubled drunkard, often incapable of caring for himself.

Poe reclaims the Baltimore and Virginia writer's reputation and power, retracing Poe's life and career. Biographer and critic James M. Hutchisson captures the boisterous worlds of literary New York and Philadelphia in the 1800s to understand why Poe wrote the way he did and why his achievement was so important to American literature. The biography presents a critical overview of Poe's major works and his main themes, techniques, and imaginative preoccupations.

This portrait of the writer emphasizes Poe's southern identity; his existence as a workaday journalist in the burgeoning magazine era; his authority as a literary critic and cultural arbiter; his courtly demeanor and sense of social propriety; his advocacy of women writers; his adaptation of art forms as diverse as the so-called "gutter press" and the haunting rhythms of African American spirituals; his borrowing of imagery from such popular social movements as temperance and freemasonry; and his far-reaching, posthumous influence.

James M. Hutchisson, Charleston, South Carolina, is a professor of American literature and southern studies at The Citadel.

"The new biography, Poe, by James M. Hutchisson, is to be admired." ( Boston Globe)
"Hutchisson provides a fresh reading that will not soon be surpassed. Highly recommended." ( Library Journal)

What listeners say about Poe