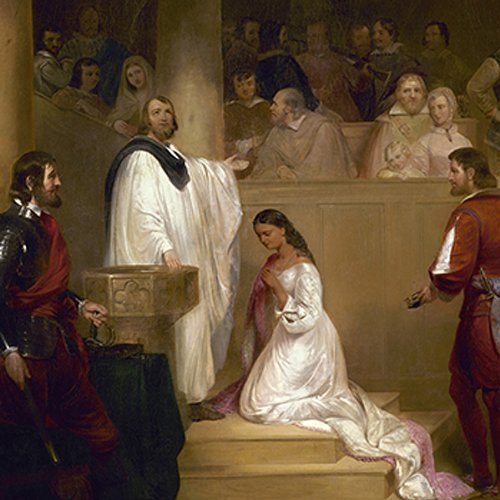 By: John Smith
Narrated by: Jonathan Reese
Try for £0.00

In the early 17th century, Captain John Smith led a company of English settlers to found the colony of Jamestown in Virginia. Here is Smith's own account of his adventures there and his relationship with the beautiful Indian princess, Pocahontas.

Pocahontas was the daughter of Powhatan, the powerful chief of about 30 tribes of Indians living in Virginia. When Captain John Smith was captured by these Indians in 1607, he was brought before Powhatan, who sentenced him to death. Sixteen-year-old Pocahontas convinced her father to spare Captain Smith's life, thus becoming a friend of the settlers and eventually influencing her father to be friendly, too. Years later, she saved the lives of the entire colony by secretly warning Captain Smith of another intended attack.

What listeners say about Pocahontas

This book wasn't good at all. It didn't keep my interest....