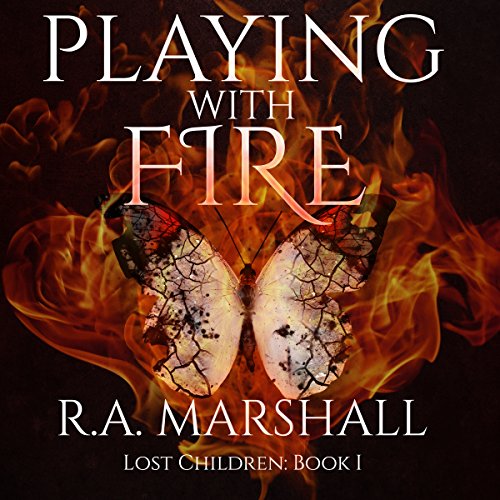 By: R. A. Marshall
Narrated by: Angela Rysk

A fire. An accidental psychic. A chance for two foster kids to stop an interdimensional civil war.

Growing up on the wrong side of the tracks in Oklahoma City, Jenna Two Horse and Calvin Little have led a hard-knock life. In foster care for as long as they can remember, they've learned to survive without relying on anyone else.

But when their younger foster brother is threatened, Jenna and Calvin discover "survival skills" that defy imagination. As they explore their new powers, they stumble upon facts that force them to question everything they thought they knew about the world - and themselves.

Without meaning to, Jenna and Calvin get caught between two powerful men with conflicting agendas. Will they pick the right side of this fight? Or will they end up as collateral damage in an interdimensional civil war?

Playing with Fire is a young adult science fiction and fantasy adventure novel. If you like great fight scenes, creepy villains, and sci-fi superpowers, but you also like a good coming-of-age story filled with three-dimensional characters struggling to find their place in the world, you'll love this book.