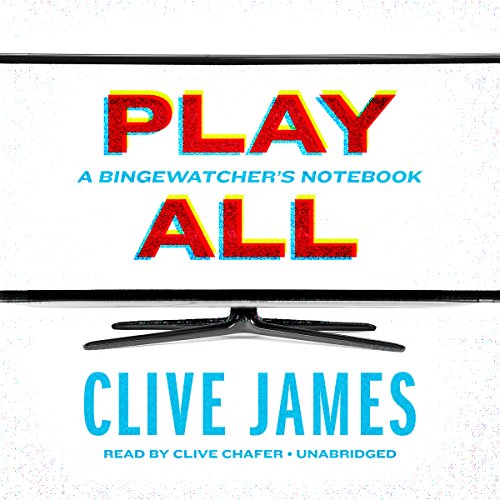 By: Clive James
Narrated by: Clive Chafer
Try for £0.00

Television and TV viewing are not what they once were - and that's a good thing, according to award-winning author and critic Clive James. Since serving as television columnist for the London Observer from 1972 to 1982, James has witnessed a radical change in content, format, and programming, and in the very manner in which television is watched. Here he examines this unique cultural revolution, providing a brilliant, eminently entertaining analysis of many of the medium's most notable 21st-century accomplishments and their not-always-subtle impact on modern society - including such acclaimed serial dramas as Breaking Bad, The West Wing, Mad Men, and The Sopranos, as well as the comedy 30 Rock.

With intelligence and wit, James explores a television landscape expanded by cable and broadband and profoundly altered by the advent of Netflix, Amazon, and other "cord-cutting" platforms that have helped to usher in a golden age of unabashed binge-watching.

What listeners say about Play All

let down by narrator

A pleasure to hear Mr James's musings on the modern age of television. His critiques take a long view and express a broader knowledge of influence than most critics. It is heart warming to find that age and illness have not robbed him of his ability to appreciate culture and articulate his impressions of it. My unfamiliarity with several of the shows discussed did not detract from my enjoyment.
Content aside, I found this version ailing from the poor performance of the narrator. I don't need a mimic of the author, but conveying a range of nuance in phrasing can make or break an audio book, and this one felt broken. If "Lost Voice Guy" were narrating audio books, this is what it would sound like.

An interesting if pointless book

The book presented an interesting idea but became dull and uninspiring by the end. If you like listening to an old man talk you through dvds hes watched and then reciting the plot and long lists of other movies and shows this reminded him off then this is for you.