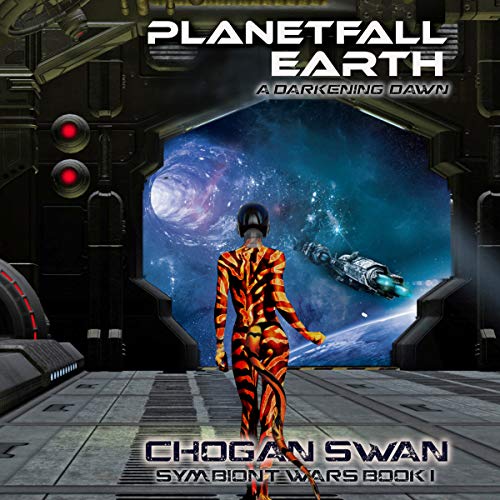 No one on Earth knows the seeds of the world’s destruction just fell from space.

Tiana knows what duty means though. It's why all her friends are dead.

Alone on a primitive world.

All her all her technology at the bottom of the ocean.

Outnumbered by deadly enemies only she can bring to justice.

If she fails her mission now, another sentient species will fall. And the Tyrant Empire will rise again - because Earth has just been infected with a fatal parasite. They are called the niiaH - by those not yet too frightened to speak the name - and their Empire has terrorized most of the galaxy for long generations.

If you love to imagine there is more going on behind the scenes on Earth than most people think, this book is for you.

If you enjoyed Avatar or Farscape you'll love listening to this audiobook with a strong female lead, who is even tougher than Aeryn Sun.

If you’re comfortable with the notion that a female can be a badass - or if you know that's really how it usually is anyway - this book might be the introduction to your new favorite series.

unable to finish listening to this

The narration feels flat and monotonous and devoid of intonation. Main characters feel forced and i really felt nothing for them or their journey to the point of boredom so i gave up listening.

Interesting Take on the Origins of Vampires/Zombie

I enjoyed this story, and despite others take on the narrator, I think he did a pretty good job. It didn't take away from the story in my mind, though it was a "budget presentation," the readers imagination was not kept from the imagery of the story. I'll be reading more in this series to see how the writer's imagination continues to build the world or worlds of this story and how far into the future it can go.

I'm amazed at the narrator's absolutely horrific performance. His flat, monotone, delivery completely killed any possibility of enjoying the story. Instead, the listener is subjected to a cold, lifeless mess; devoid of vocal inflection, emotion or character differentiation.

I buy a LOT of audio books, but this was the first one by this particular narrator. Unfortunately, it is the WORST narration I've ever heard. I really wanted to like the story line, but the performance made it impossible...