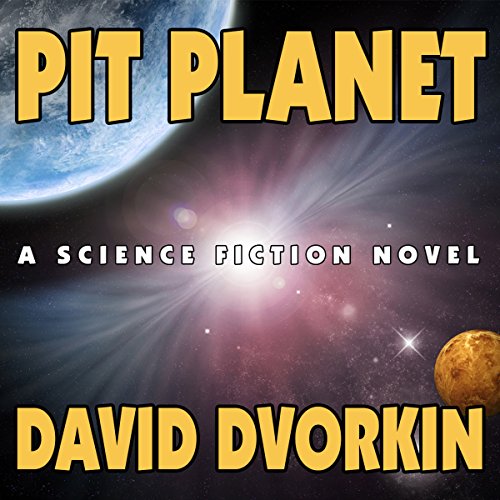 James Benton is surprised at the role the mineral jacksonite has played in his life. He's not alone: Jacksonite has had an immense influence on everyone in the galaxy. It could be said that jacksonite has made the current galactic civilization possible. Now jacksonite has brought Benton to Colliery, the only world where the mineral is found, the headquarters of the immensely powerful and wealthy Jacksonite Corporation. He will know this world, and liberate it - and in the process liberate something deep within himself.... A thrilling science fiction adventure!

"A headlong trip over, under, and through worlds of greed, sex, politics, intrigue, and adventure, of miners and mindpickers, cavesnakes and triple-crossers. An absorbing mix of hard science and action sf, with the unmistakable Dvorkin touch." (Connie Willis)

What listeners say about Pit Planet