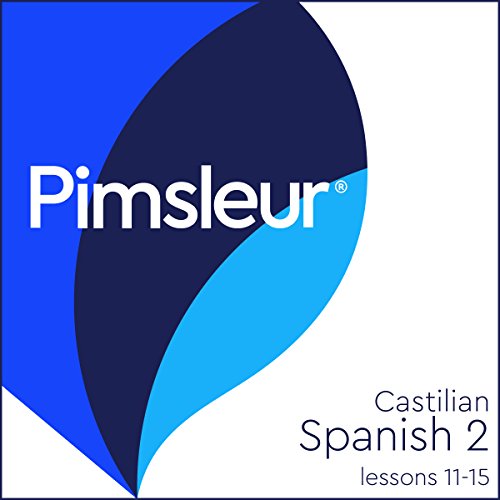 Surprise your friends! Astonish your family! With Pimsleur®, you’ll be speaking and understanding Castilian Spanish like a native in no time. Thirty minutes a day is all it takes!

This course includes lessons 11-15 from the Castilian Spanish Level 2 program featuring 2.5 hours of language instruction. Each lesson provides 30 minutes of spoken language practice, with an introductory conversation and new vocabulary and structures. Detailed instructions enable you to understand and participate in the conversation. Practice for vocabulary introduced in previous lessons is included in each lesson. The emphasis is on pronunciation and comprehension and on learning to speak Castilian Spanish.

Nothing wrong with lessons. Progression bar and chapters not showing though and this really hindered learning. It wasn't possible to review something within lesson or go back to previous lesson. Other parts of course working just fine. Please fix.

Done well for learning Spanish, but you may wish to take interactive classroom environment for better learning.