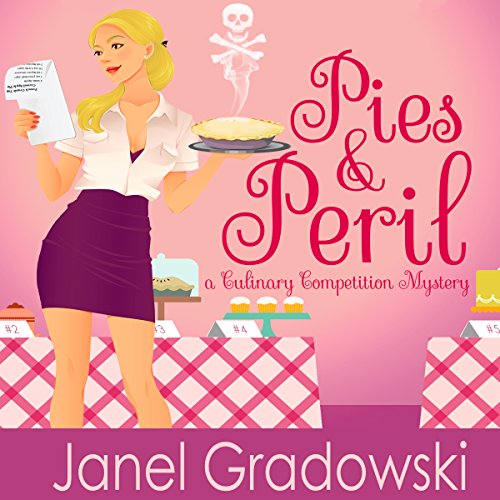 By: Janel Gradowski
Narrated by: Em Eldridge
Try for £0.00

When Amy Ridley decided to compete in the Kellerton Summer Festival Pie Contest, the last thing she expected was to find the reigning pie queen, Mandy Jo, dead - a raspberry pie smashed on her face! Mandy Jo made fantastic pies, but she accumulated more enemies than baking trophies. But when Amy receives a note threatening her own life, she decides to do some investigating herself.

It seems that half the town has a reason to kill the mean pie queen, and Amy finds herself sifting through a list of suspects that's longer than her list of recipes. Not to mention playing cupid for her love-shy best friend, fending off a baker intent on finding out her prize-winning culinary secrets, and ducking the deadly attentions of Mandy Jo's killer. If Amy doesn't find out who wanted the pie queen dead soon, her own goose may be cooked!

What listeners say about Pies & Peril: A Culinary Competition Mystery

Terrible. Don't bother. Misses the humour found in other books of the genre, protagonist isn't even likeable.

this was a cute who-done-it novel. The narrator made it very fun to listen to and the book was written with some fantastic descriptions of yummy sounding baked goods. all in all a fun and easy read.