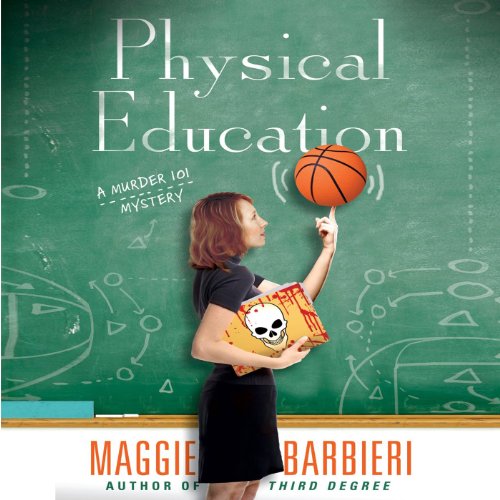 By: Maggie Barbieri
Narrated by: Gayle Hendrix
Try for £0.00

The sixth entry in Maggie Bergeron’s Murder 101 series finds it’s heroine, the sarcastic sleuth Alison Bergeron, being pulled in many directions. Her husband, a cop, has been assigned to an undercover operation, her friend Father Kevin is under suspicion with the university they work at, she has to take over the school basketball team when its coach has a heart attack, and a body’s been found in a trunk. As if that weren’t enough, she begins to suspect the coach’s death was not a simple heart attack. Reprising her role, Gayle Hendrix brings a sassy performance to the amateur detective’s story, bringing us along for the ride. You’ll want to see how everything comes together in this inventive, thrilling, and fun audio mystery.

College English professor and sometime amateur sleuth Alison Bergeron would’ve been thrilled to hear that her husband, NYPD Detective Bobby Crawford, was leaving Homicide if that were the whole story, but it turns out that Bobby’s next assignment is even worse---undercover. As if worrying about his involvement in a case he won’t talk about at all wasn’t bad enough, Alison is forced to take over the women’s basketball team at St. Thomas after the coach dies of a heart attack during a game. She may not know much about basketball, but she’s no stranger to sleuthing, and it isn’t long before she suspects that the coach’s death may be more than unexpected but premeditated as well. With Bobby deep undercover and Alison always on her way to deep trouble, it’s only a matter of time before they run smack into each other in Physical Education, the latest in Maggie Barbieri’s charming Murder 101 mystery series.
©2011 Maggie Barbieri (P)2013 Audible, Inc.
Amateur Sleuths Cosy Women Sleuths
Show More Show Less

What listeners say about Physical Education