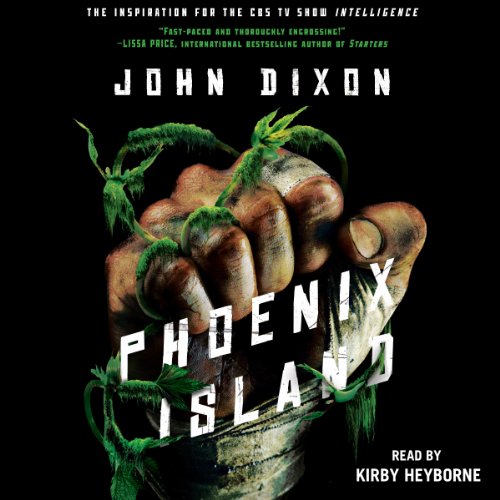 The judge told Carl that one day he'd have to decide exactly what kind of person he would become. But on Phoenix Island, the choice will be made for him.

A champion boxer with a sharp hook and a short temper, 16-year-old Carl Freeman has been shuffled from foster home to foster home. He can't seem to stay out of trouble - using his fists to defend weaker classmates from bullies. His latest incident sends his opponent to the emergency room, and now the court is sending Carl to the worst place on earth: Phoenix Island.

Classified as a "terminal facility", it's the end of the line for delinquents who have no home, no family, and no future. Located somewhere far off the coast of the United States - and immune to its laws - the island is a grueling Spartan-style boot camp run by sadistic drill sergeants who show no mercy to their young, orphan trainees. Sentenced to stay until his 18th birthday, Carl plans to play by the rules, so he makes friends with his wisecracking bunkmate, Ross, and a mysterious gray-eyed girl named Octavia. But he makes enemies, too, and after a few rough scrapes, he earns himself the nickname "Hollywood" as well as a string of punishments, including a brutal night in the "sweatbox". But that's nothing compared to what awaits him in the "Chop Shop" - a secret government lab where Carl is given something he never dreamed of.

A new body. A new brain.

Gifts from the fatherly Old Man, who wants to transform Carl into something he's not sure he wants to become.

For this is no ordinary government project. Phoenix Island is ground zero for the future of combat intelligence.

And for Carl, it's just the beginning.

What listeners say about Phoenix Island

Where does Phoenix Island rank among all the audiobooks you’ve listened to so far?

I have 2 hours a day driving back and forth to work and spend that time listening to Audio Books every day. I’m not sure if that makes me an avid reader, but I burn through a lot of books and have a strong sense of what is good and bad. Phoenix Island is one of the best Reads in a long time.

John Dixon weaves an amazing story that is a mix of a modern day Lord of the Flies and a medical/science based thriller—in a style of one of Michael Crichton best. It will appeal to YA and all adults—young and old. The plot advances at a near perfect pace… The descriptive detail never slows the story, but is able to paint a vivid picture. There is enough conflict to keep you on the edge of your seat---but it is not over done.

The main characters are developed and grow throughout the story. I found myself looking forward to the drive to work--- which is about the best review I can give. It is an amazing accomplishment for a new author--- look forward to seeing what is next.

I do not think I ever heard Kirby Heyborne read before. He did a great job bringing the story to life. He had very distinct voices and cadence for each character... Audio Book fans know how a Narrator can make or break a audio book--A+ job. I will track down other books he worked on.

I completely enjoyed the Audio book... I started the book after seeing the TV series premier. The TV series must be a Bitter-Sweet Success for John Dixon. I am sure the majority of the attention and interviews he is getting focuses on the TV Series---not his book. The TV series is very good---- But the Book—completely different, is so much better. The TV series should “live” in the shadow of the novel—not the other way around. It has to be hard to field so many questions and attention about a TV series that only samples his story line at best. Hopefully someone will make the movie.

Quick summary. Book is very exciting. Start with a boy who is a champion boxer, place him in Juvy with the need to defend the weak against the bullies. This leads to Phoenix island ran by super soldiers, who hope to craft Carl into one if he can survive. The protagonist has your classic hero persona, needing to do right no matter how hard it will be. Fortunately the character slowly evolves and doesn’t become some Boy Scout but actually starts making rational decisions even if they don’t go with his black and white view of the world. So refreshing to find characters who come off initially as good and bad but as you get to know them the lines are blurred as it is in real life. Always annoyed when characters are far from realistic as if the world was actually an easy black and white place. Narration is top notch making this one fun thrill ride!! Ending leaves you wanting more!!

Great book!!! I was hooked on the first page.

I loved it. I was hooked from the beginning, just wish audible had the sequel Devils pocket.

Following a conviction for assault, Carl is sent to Phoenix Island for incarceration. The plans Stark the commander has to take over the world are disagreeable to Carl.

if you are thinking this book over because of the cbs show save yourself the time and watch either the computer wore tennis shoes or Empire Strikes Back, both have better examples of the power of people being hooked up to a network.
If you are looking for a good book with no interest in the cbs show, this may or may not be what you are looking for. the story line is very interesting, but the writer tends to focus on the wrong details. He puts too much emphasis on the idea of the eyes being the windows to the soul. Foreshadowing seems to be an unknown concept as well and back story shows up in information dumps instead of being worked in a natural way.