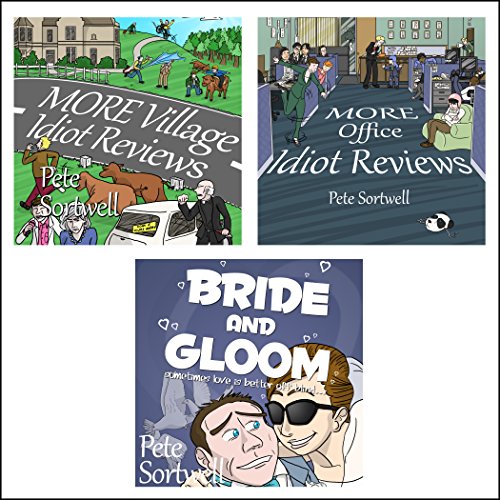 This is the second volume in the collection of Chris Dabb's readings of Pete Sortwell's comedy books.

Frederick has injured his nipples in a vicious moped accident while on his honeymoon and no longer feels like a man. He's taken up the drink again and is making people's lives miserable with his antics. He can't work out why strange men keep following him while he's out drunk driving, though.

Brian's concentrating on getting through married life while trying to find a hobby that doesn't hurt. His cousin, Jeff, has moved in for the summer and is on hand to help Brian with his assertiveness when he is bullied by the local biker, Jock.

Ethel has discovered that it was Denny who made her shopping trolley explode last year, and with Denny now an adult and living outside the safety of the children's home, it won't be long before she exacts the revenge she's been after.

Meanwhile, a battle for power is taking place at the manor house. Lord Monty, who ordered his title from the Internet, is in a battle of wills with his gamekeeper, Chopper.

Written entirely in the form of product reviews, we guarantee you've never listened to a book quite like this before. (Unless you listened to the first one.)

More Office Idiot Reviews: There's been lots of change in Hogsbottom Plugs. Jeff no longer has an obsession with Westlife or The Jackson Five. Hogsbottom has brought in a lawyer with a height complex and a dodgy bowel to help sell the company, so he can leave his wife and live the life of Riley with his mistress, who is also Jeff's mother.

The question is: Will Hogsbottom be able to get the sale through without Jeff finding out and ruining the future for everyone?