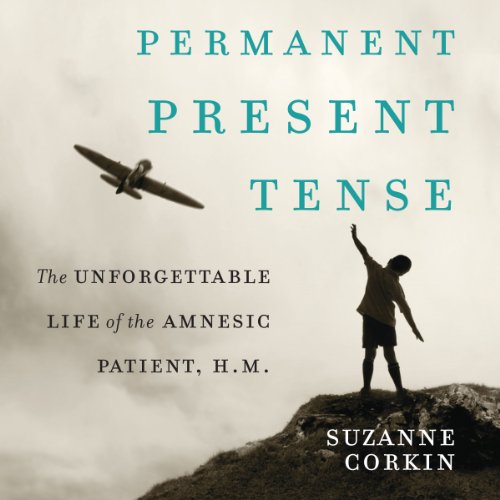 By: Suzanne Corkin
Narrated by: Pam Ward
Try for £0.00

Permanent Present Tense tells the incredible story of Henry Gustav Molaison, known only as H. M. until his death in 2008. In 1953, at the age of 27, Molaison underwent a dangerous "psychosurgical" procedure intended to alleviate his debilitating epilepsy. The surgery went horribly wrong, and when Molaison awoke he was unable to store new experiences. For the rest of his life, he would be trapped in the moment. But Molaison’s tragedy would prove a gift to humanity.

The amazing specificity of his impairment shed new light on the functions and structures of the human brain, revolutionizing neuroscience. Today, the case of H. M. stands as one of the most consequential and widely referenced in this fast-expanding field.

Renowned neuroscientist Suzanne Corkin worked with Molaison for nearly five decades. In Permanent Present Tense, she tells the full story of his life and legacy, leading her listener to the cutting edge of neuroscience with great clarity, sensitivity, and grace.

It is important to have a more thorough background before reading Corkin. Yes, interesting personal experiences with H.M. and interesting discussion of the brain, but there are important things to know: like Corkin makes unsubstantiated claims about H.M. (like he was a master word puzzle solver) and that she shredded an incredible amount of the research of others in order that her take on H.M. would be the definitive one, and that she had personal conflicts with many of the other scientists who worked with him, and that she often makes references to "we" in regard to processes that she took no direct part in. As with Corneilia Wilber and others who used vulnerable people for their own profit, fame and career advancement, ego got in her way Grain of salt here.

The audio does not match the text

While the reader's performance vocally is great, I am annoyed that her text and the text from the book doesn't match. For example in Chapter 4: Thirty Seconds the narrator inserts a full sentence that doesn't appear in the kindle version of the book. "At the time of his operation, psychologists disagreed as to whether short and long term memory were simply different pints in time along a single processing stream or separate processes working in parallel". The story otherwise is not that creative on the subject of the most studied person in psychology and memory studies.

Interesting mix of biography and psychology

Would you consider the audio edition of Permanent Present Tense to be better than the print version?

I did not read the print version.

Which character – as performed by Pam Ward – was your favorite?

While I often got lost in the jargon of psychology and brain physiology, I found this heart-felt depiction of the life and the immense contributions of Henry Molaison to be fascinating and at times very touching.