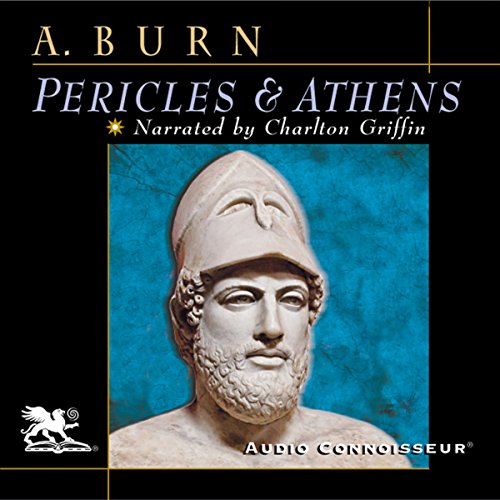 Acclaimed as "the first citizen of Athens", Pericles was one of the greatest statesmen ancient Greece ever produced. During the Golden Age of Athens, in the much admired 5th century B.C., Pericles epitomized the influential politician. But he was also a brilliant orator and military leader brought up in the competitive environment of Greek democracy.

Raised in the aristocratic household of the Alcmaeonid family, one of the most distinguished of his day, Pericles grew to manhood in the exalted company of thinkers like Herodotus, Sophocles, Socrates, Phidias, Iktinus, Pindar, Aeschylus, Euripides, Thucydides, Democritus, and Anaxagorus. He knew them all personally.

Pericles led Athens from 461 to 429 B.C., a pivotal era in history. More than anyone else, it was his steady hand and enlightened outlook that gained Athens the riches of empire and the glory of the Acropolis.

Never before have the arts flourished with such incredible perfection as within the lifetime of Pericles. And never before was the death of a leader followed by such swift calamity. His absence during the long, drawn out Peloponnesian War was keenly felt.

Listen to this great story and learn why Pericles was truly the most indispensable man in Greece.
©1974 Andrew Burn (P)2009 Audio Connoisseur

What would have made Pericles and Athens better?

Better narration would help hugely, as the extremely poor narration made it very hard to listen to.