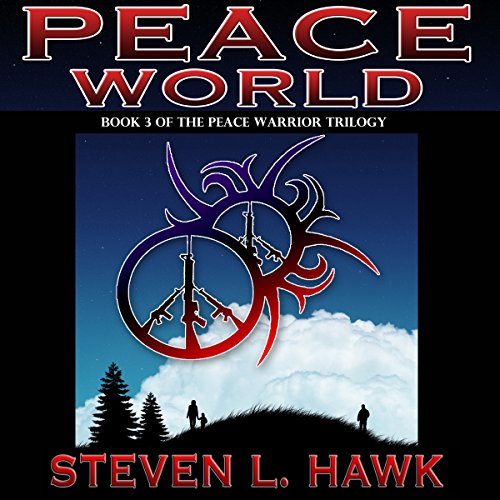 Reanimated after six hundred years, Grant Justice has become the leader of Earth's new army. Unwilling to sit back and wait for the next attack, Grant decides to take the fight to the enemy. He and a mothership full of his best fighters are headed toward Waa, the aliens' new home world.

Unknown to Grant, a fleet of alien motherships is headed toward Earth-intent on punishing the planet for destroying Minith.

Who will win the battle for supremacy - the alien slavers with a thirst for war, or the humans struggling to survive and save their way of life?

Who will finally rule the...Peace World.

What listeners say about Peace World

Great story from book one to the surprise end at book three,
This review process is a pain to complete due the demand that you write more than is needed to make the point.