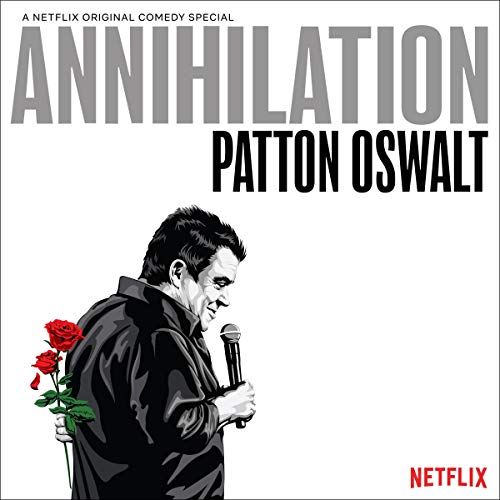 Patton Oswalt: "Annihilation" is a deeply personal and powerful stand-up special that dives into recent developments in Patton’s life, following the passing of his wife, and how he worked through the pain and grief by finding humor. Oswalt also explores topics including the angst of social media, the current political climate, and being tricked by robocalls. Filmed at Chicago’s Athenaeum Theatre, the one-hour stand-up special originally premiered globally on October 17 on Netflix. This new special came off the heels of Patton’s Emmy award-winning comedy special, "Talking for Clapping".

What listeners say about Patton Oswalt