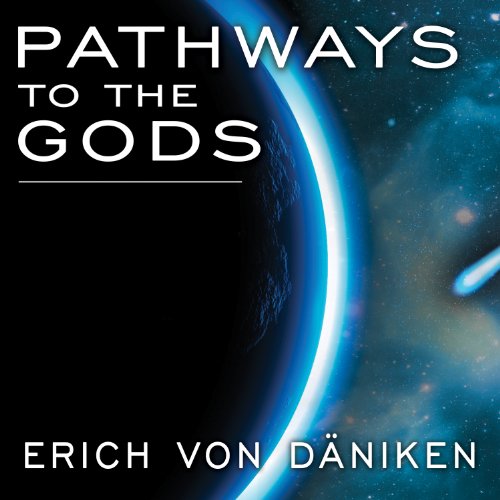 Pathways to the Gods

By: Erich von Däniken
Narrated by: Kent Cassella
Try for £0.00

A spaceport in the Andes! A computer chart in Egyptian ruins! Primitive sculptures of figures wearing space suits! Erich von Daniken's Chariots of the Gods stunned the world with the archaeological discovery that alien beings once colonized earth. Now, in Pathways to the Gods, von Daniken reveals the story of his travels following the trail of the ancient visitors---from the technologically sophisticated stone ruins in the Bolivian Andes to the sensational Sanskrit descriptions of space battles in Calcutta---new proof of von Daniken's startling theory that man descended from the stars!

What listeners say about Pathways to the Gods

interesting read for the people who wonder

Erich does it again!

Although not my favourite book of Erich's. This is a very good book recommended. I have read many of Mr von Danikens books. There is something definatly here....

Loved this book from start to finish...

A fascinating look at an alternative history, expertly written and easy to digest by the layman...

Tends to drag a bit. Overall pretty good if you are a fan of books or of the new Ancient Aliens series. He makes valid points , but needs a better editor.

Would you listen to Pathways to the Gods again? Why?

Because he gives facts and both sides to look at things - yet still never Making you feel like its any Pressure into what you have to believe. He leaves it all to the reader ( listener ).

always interesting and entertaining to hear

a great listen! love all of von danikens work. performance was good. worth the money

Don’t get this it’s like chariot of the gods was written by a totally different man...... don’t waste your time