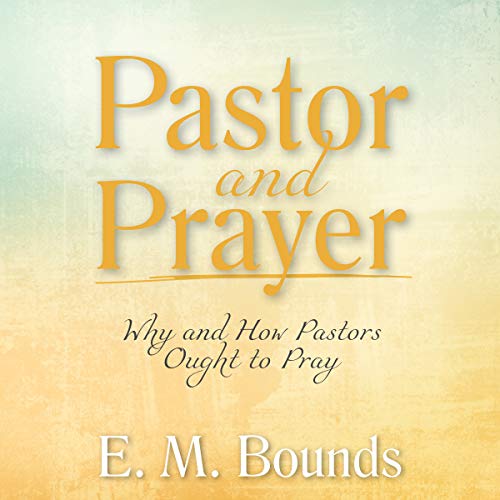 "What the church needs today is not more and better machinery, not new organizations or more innovative methods, but men whom the Holy Spirit can use - men of prayer, men mighty in prayer. The Holy Spirit does not flow through methods, but through men. He does not show up on machinery, but on men. He does not anoint plans, but men - men of prayer." - E. M. Bounds

Edward McKendree Bounds was born in Shelby County, Missouri, on August 15, 1835, and died on August 24, 1913, in Washington, Georgia. He was admitted to the bar in 1854 at the age of 19, but left the profession five years later when he answered the call of God to the ministry. Beginning in 1863, in the midst of the Civil War, he became the chaplain of the Fifth Missouri Regiment of the Confederacy.

Bounds married Miss Emmie Barnett of Eufaula, Alabama, in 1876. By this union, he became the father of two daughters, Celeste and Corneille, and a son, Edward, who died at the age of six. His wife Emmie died in 1886, and later Bounds married Miss Hattie Barnett, Emmie’s cousin. Together they had six children: Samuel, Charles, Osborne, Elizabeth, Mary, and Emmie. However, Charles died at the age of one, so in the end, the family consisted of seven children.

After serving several important churches in St. Louis and other places to the south, Bounds became editor of the St. Louis Christian Advocate for eight years and, later, associate editor of The Nashville Christian Advocate for four years. The trial of his faith came while he was in Nashville, and he quietly retired to his home without even asking for a pension. His principal work in Washington, Georgia (his home), was rising at four o’clock in the morning and praying until seven o’clock. He filled a few engagements as an evangelist during the 18 years of his life work in Washington, Georgia.

What listeners say about Pastor and Prayer

Understanding why your devotion must be Strong

This is a must read book for new and seasoned pastor. A pastor must have a strong relationship with God!