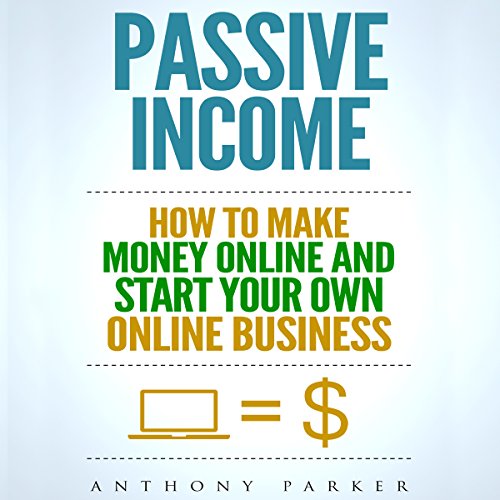 Passive Income: Highly Profitable Passive Income Ideas on How to Make Money Online and Start Your Own Online Business

By: Anthony Parker
Narrated by: J. Michaels
Try for £0.00

To most people, the words passive income conjure images of money constantly flowing into their bank accounts while they sleep on the couch or relax on a beach in Bali. This is a somewhat warped view of passive incomes. Essentially, a passive income is an income stream that doesn't require a lot active maintenance or involvement to keep the money rolling in. While you are not actively involved in running the business, it doesn't mean you can ignore it either.

At the completion of this audiobook, you will have a good understanding of multiple ideas you can use to create a passive income and be able to make money Online through your own Online business.

What listeners say about Passive Income: Highly Profitable Passive Income Ideas on How to Make Money Online and Start Your Own Online Business

A very nice introductory book on the subject of of passive income. if you're looking for a general overview of this topic then I highly recommend this book.

I really enjoyed reading this book!


I really enjoyed reading this book! Full of good and quirky ideas on how to make money and build up a passive income. Recommend it for sure!

This audiobook will help you learn and understand more about Affiliate Marketing. You will about to discover some strategies that you can use and earn money more than you could imagine. The audiobook was written in a very simple way for better and easier understanding.

Good information for listeners who want to learn all about passive income. It was much new or original for me. There are websites and platforms referenced which are very relevant now.

This auidobook covers multiple areas about passive income. I highly recommend this audiobook to any one looking to start a business from home with minimal start up costs.

This audiobook is so helpful for passive income.