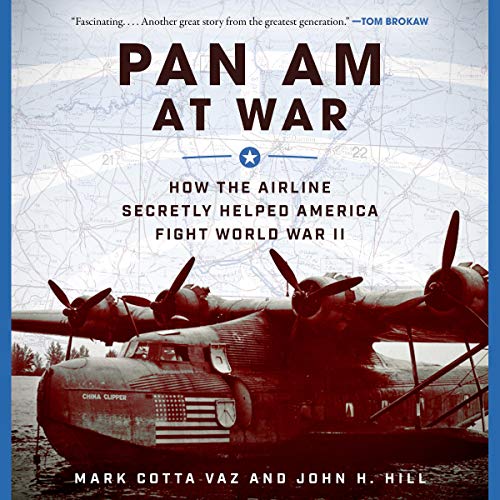 Pan Am at War

Pan Am at War chronicles the airline's historic role in advancing aviation and serving America's national interest before and during World War II. From its inception, Pan American Airways operated as the "wings of democracy", spanning six continents and placing the country at the leading edge of international aviation. At the same time, it was clandestinely helping to fight America's wars.

Utilizing government documents, declassified Freedom of Information Act material, and company documents, the authors have uncovered stories of Pan Am's stunning role as an instrument of American might. They detail the airline's role in building air bases in Latin America and countering Axis interests that threatened the Panama Canal; the dangerous 17,000-mile journey that took President Roosevelt to the high-stakes Casablanca Conference with Winston Churchill; the daring flight that delivered uranium for the atomic bomb; and more.

Filled with larger-than-life characters, and revelations of the vision and technology it took to dominate the skies, Pan Am at War provides a gripping unknown history of the American Century.

What listeners say about Pan Am at War

Pan Am at War was disappointing from two perspectives. First, the reader demonstrated conclusively that clear enunciation is not enough. Chamberlain reads the same way Siri or Alexa reads. His performance suggested no comprehension of the material.

Poor reading exacerbated the problem of poor organization. There is much interesting information in the book, but the presentation seems disjointed. This is not a mystery story; the listener should be able to follow and to anticipate, but the structure is inadequate to allow either. Further, the authors' fascination with insignificant detail allows important themes and events to be obscured.

All in all, a disappointment. The material deserves better treatment.

Narration could've been better but excellent history. Learned how Doolittle got home plus many more.

The story of Pan Am is an adventure back in time when visionary people made the world a smaller place accessible to anyone who worked for their overseas enterprise or who could afford airfare.

Fascinating despite lots of facts

It is a bit dense with facts about airplanes, pilots, war progress, but so interesting to learn about pan am’s involvement and about birth of airline industry in general. Ifounditamazinghowthe earlypilotsflewwithfewinstrumnets,noweatherinfo,limitedknowledgeofterritroy,noorfewrunways.