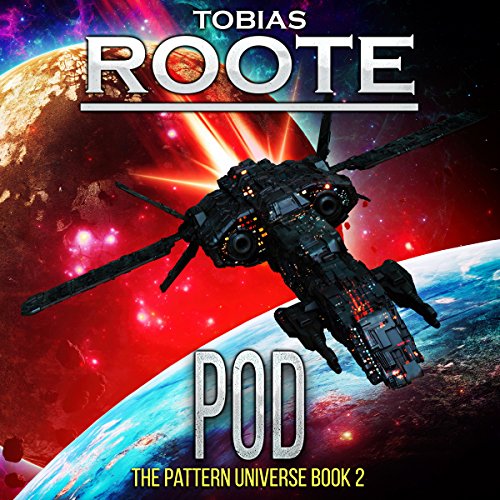 Humanity has managed to develop its fledgling World Space Council, but it's still far from being effective, and there are those who do not want it to succeed at all.

Meanwhile, the alien AI, Pod, is the only thing standing between them and those intent on eradicating all biological sentience within the galaxy. It's almost too much for the tiny escape pod that has been left in charge of Earth's safety.

So, while humans continue to war with each other over who should lead them into a future fraught with uncertainty and danger, the tiny AI attempts to ensure the eventual winner has something to defend Earth with. It doesn't help that the AI has been inadvertently damaged from the use of contaminated Alacite from its adopted 'Maker', Zeke.

As Pod explores its growing abilities, it finds that Zeke's thoughts on artificial sentience begin to gel with its budding awareness. However, with everything that is happening Pod has no time to ponder its own existence when the 'real' action starts.

Author's note: There is plenty of action and adventure as well as military and space opera in this book to keep every sci-fi buff happy. The application of artificial intelligence is an ongoing theme that is widely explored in future books, as well as posthumanism and transhumanism.

What listeners say about POD