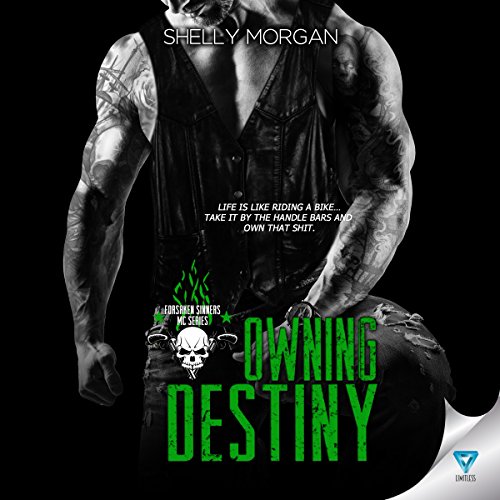 As president of the Forsaken Sinners MC, Mack has a reputation to uphold and a family to protect, but when a bullet puts him in the hospital, everything is ripped away. Unable to walk and lead his club, Mack starts to lose hope that he'll get better. That is until a spitfire of a nurse walks into his room. Nurse Rose isn't threatened by him and pushes him to his limits. She gives him hope that he can get his life back.

Rose's brother Anthony is a member of The Street Kings MC, known for violence and never taking no for an answer. She makes it a point to stay away from him and any other gang member, including her patient. Except she can't seem to say no to Mack. The more she gives in to him, the more she realizes he's nothing like her hothead brother.

Anthony has promised his sister to The Street Kings president in return for a promotion. He kidnaps Rose from the life she's built and the man she's starting to love.

The Street Kings better be ready to pay for their mistake because Mack is back in charge of the Forsaken Sinners and he's willing to fight for what he wants.

But is Rose ready to become any man's old lady? Or will she walk away from them all forever and make her own destiny?

What listeners say about Owning Destiny

Unfortunately, the Heroine got hit by the stupid stick!

Besides the fact that this narrator speaks a lot of the narration in a monotone, the story was pretty good. Then, in the last third of the book, the Heroine starts doing the stupidest shit. First, after spending most of the book being cautious about her safety, even going so far as to carry a gun, she suddenly decides to go to the one place she knows she is in the most danger; without her gun. In addition, this gal who has been an ER nurse who always keeps her shit tight, suddenly freezes when her life depends on it. Then, after being captured, she starts talking loud and fights the guy who is trying to rescue her. This nearly gets him killed and instead of helping her rescuer fight her captures, she just cries and tries to bargin with these killers by offering herself up to save her rescuer. Duh, they already have you so, obviously, her attempts fall on deaf ears. I could go on but, I think you get the point. If you still want the book , wait til it’s on sale and saved up a lot patience, before you take the plunge,
-V from Kansas

loved it!! Is there more to this series?? when?? i cant wait if there is one!