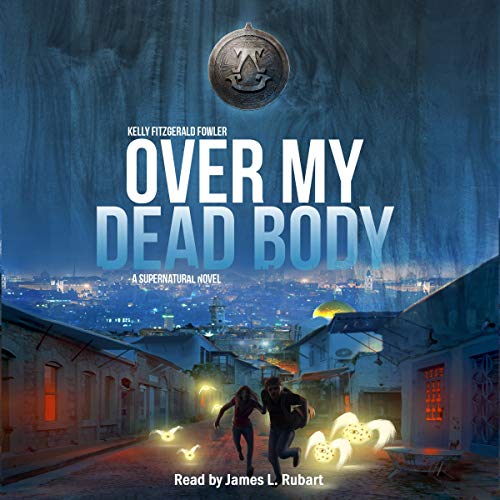 Over My Dead Body

Over My Dead Body

What if voices from your past could change everything?

New York antique dealer and newlywed Joel Cohen is about to find out. After the unexpected death of his father, Joel inherits a mysterious antique passed down through multiple generations of his family. When he discovers its hidden contents, it sets in motion a chain of predestined spiritual events dating back not only to AD 70 - when the high priest recorded his firsthand account of the missing body of Jesus of Nazareth - but also to the foundations of the earth.

As the historical significance of the ancient heirloom is revealed, Joel and his wife, Hannah, a security officer for the Israeli Consulate, find themselves entangled in a dangerous conflict with an invisible enemy desperately trying to suppress their discovery and a powerful secret society determined to do anything to get their hands on it.

Over My Dead Body is a dramatic saga of historical espionage set against the backdrops of ancient Rome, World War II, and the courtroom of heaven. This modern-day adventure of biblical proportion thoroughly delights right up to its riveting, supernatural finale.

I just finished listening to this book. I loved the adventure, the history, the characters and the imagines possibilities of artifacts. the unseen warfare in reality is much more dangerous and the deceptions real. I hope this author continues her writings and continues to expose the unseen battle and many believe that Jesus is more powerful in this reality than they know.

A wonderful weaving of fact and fiction make this listen a pure joy. The characters have distinct personalities that keep the listener laughing, crying, and wanting more. This has definitely made my re-listen list!

The Author takes us on an incredible journey through time with a Jewish Family. The journey travels in and out of time from Jesus's time through the present. In addition to clearly portraying the struggles and happenings of the world around them it also portrays what is happening in the spiritual realm. The book was absolutely captivating. I am looking forward to her writing another book.

The audio book reader did an amazing job narrating it. There were many times that I thought that it was multiple people speaking the different parts. With his speaking and the authors writing, they made it very easy to visualize the story.

The book was very slow to get started and it took a long time for me to get into it. Once I got past that, I enjoyed the story line. The ship over the city actually made the whole plot less believable. If there had been a stronger dose of reality woven into the story it would have drawn me more deeply into the plot. I also would have liked to see more development of sub plots like Noah’s Ark or the Ark of the Covenant.

intriguing plot. Loved the spiritual journey of the main Characters. A real page turner. If you like Christian fiction go for it.

I enjoyed the book. Kept me entertained throughout. I will certainly listen to this again.

This book was thrilling!! Great author! James L Rubart does another fantastic job of narrating!!

Story about the reality of the supernatural

Loved this book! It deftly handles the reality of the supernatural and how it's played out in real time in the lives of individuals and family systems.