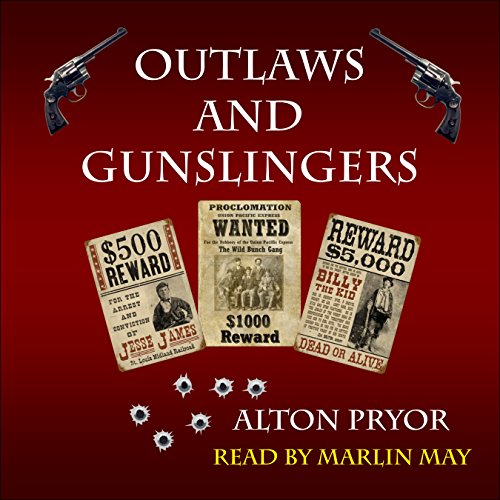 By: Alton Pryor
Narrated by: Marlin May

Western outlaws terrorized the country during the late 1800s and early 1900s, robbing stagecoaches, banks, trains, and merchants. While they were fearsome, some became folk heroes and legends.

The killer of Jesse James was vilified as a coward rather than as a hero.

The west's fastest gun was "Jelly" Bryce, an FBI agent who could drop a coin from shoulder height and with the same hand, draw and shoot the coin before it reached his waist.

What listeners say about Outlaws and Gunslingers