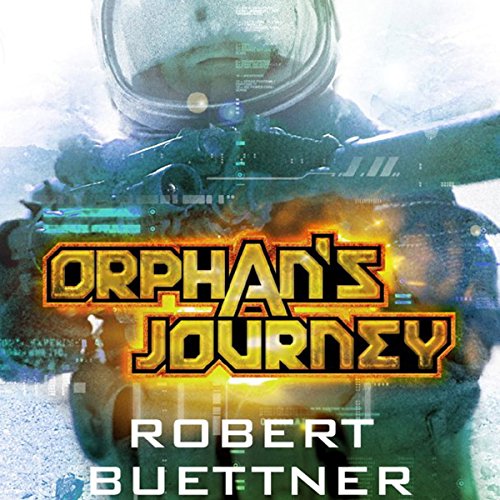 In the years since the last Slug War, Jason's command style hasn't made him any friends in the Army. Now, in an effort to keep him out of trouble, the Army has sent Jason to the vast, Earth-orbiting resort called New Moon. At the core of this enormous space station is a starship, a relic from the last war.

When a test run of the ship goes wrong, Jason, along with a handful of others, will be torn from orbit and thrust into space. Now, stranded on an alien planet, Jason realizes that not only are his friends are looking to him for rescue, but an entire planet sees him as their only hope.

What listeners say about Orphan's Journey

I like the story, but the narration is awful

I hate to be overly critical, but Adam Epstein is not literate. He often mispronounces common words, which is annoying enough. He also inserts weird pauses at random intervals, often changing the meaning of the text.

I think I will abandon Audible for the rest of this series and go to something I can read in a more traditional manner. I know I'll do a better job of reading than Mr. Epstein.

The story itself is good. Nothing to take too seriously, but enjoyable.