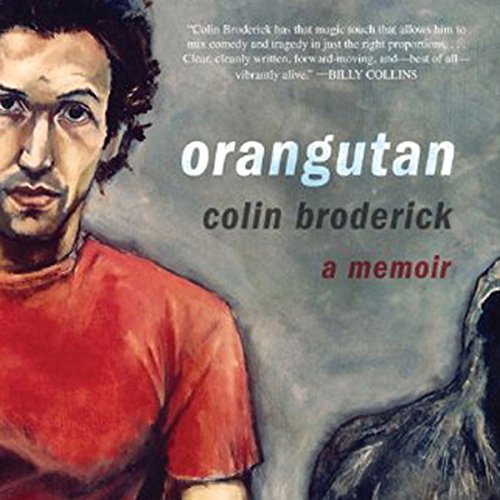 Few people who have been slave to an addiction as vicious, as destructive, and as unrelenting as Colin Broderick's have lived to tell their tale. Fewer still have emerged from the darkest depths of alcoholism - from the perpetual fistfights and muggings, car crashes and blackouts - to tell the harrowing truth about the modern Irish immigrant experience.

Orangutan is the story of a generation of young men and women in search of identity in a foreign land, both in love with and at odds with the country they've made their home. So much more than just another memoir about battling addiction, Orangutan is an odyssey across the unforgiving terrain of 1980s, '90s, and post-9/11 America. Whether he is languishing in the boozy squalor of the Bronx, coke-fueled and manic on the streets of Manhattan, chasing Hunter S. Thompson's American Dream from San Francisco to the desert, or turning the South into his beer-soaked playground, Broderick plainly and unflinchingly charts what it means to be Irish in America, and how the grips of heritage can destroy a man's soul. But brutal though Orangutan may be, it is ultimately a story of hope and redemption.... It is the story of an Irish drunk unlike any you've met before.

"For its unflinching depiction of alcoholism and lack of self-pity, this memoir of addiction will find its place alongside the writings of fellow epic drinker Charles Bukowski." (Booklist)
"Colin Broderick has that magic touch that allows him to mix comedy and tragedy in just the right proportions…Clear, cleanly written, forward-moving, and—best of all—vibrantly alive." (Billy Collins)
"His book is part grail quest, part cautionary tale and part rollicking Irish emigrant’s adventure story. What makes it remarkable is that he manages to snatch a victory out of near impossible odds. This book is written in blood, it deserves to become a classic." (Irish Voice)

What listeners say about Orangutan

read by the author, fast moving, cinematically told story of young Irish Tyrone Broderick arriving in New York and his true life over the next decade or so ..... gripping, funny, tragic, shocking, never a page or sound bite boring; Colin reads his story brilliantly; my favourite sound became "hmmmm" as he or others paused to reflect; there were scenes told with such description that I could see the snow flakes, feel the cold, and smell the forest, and feel his despair as he tried to figure out what had just happened; i loved this book like no other since I'd heard Frank McCourt read the Ashes .... bravo Broderick