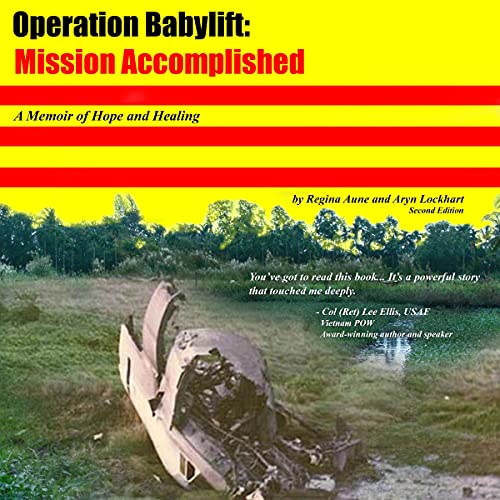 By: Regina Aune,Aryn Lockhart
Narrated by: Kira Omans
Try for £0.00

Operation Babylift: Mission Accomplished tells the inspiring story of two survivors and the relationship they forged from the tragic events of April 4, 1975.

During the final days before the fall of Saigon, Gerald Ford initiated Operation Babylift. This humanitarian mission was a mass evacuation of orphans from South Vietnam. Approximately 3,000 children were evacuated during this mission.

In a horrible twist of fate, the inaugural flight ended in tragedy as the Galaxy C5A experienced a rapid decompression and crash landed in the rice fields just outside of Tan Son Nhut airport. One hundred thirty-eight children and adults perished in the crash. It was only through the amazing efforts of the pilot, Bud Traynor, and co-pilot, Til Harp, there were any survivors.

In this story an Operation Babylift orphan and surviving crew member tell their own story about how their lives intersected as a result of that fateful day and years later how their paths came together as one.

It's a great story about loving family bonds formed by complete strangers.