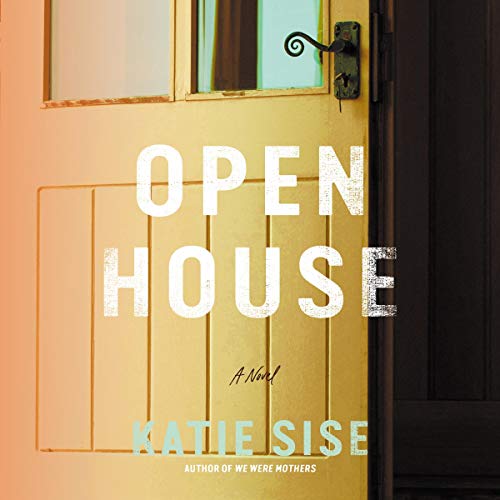 A missing young woman, ten years gone. A town still held in the grip of an unsolved mystery. A breathtaking novel of psychological suspense by the bestselling author of We Were Mothers.

A decade ago in upstate New York, art student Emma McCullough walked into the woods and was never seen again. It’s a mystery that still haunts her bucolic university town and her broken family, especially her sister Haley, whose need for closure has become an obsession. But now, finally, the first piece of evidence in the vanishing has been found: Emma’s bracelet, lodged in a frozen piece of earth at the bottom of a gorge. For Emma’s three best college friends, for a beloved former teacher, and for Haley, the chilling trinket is more than a clue in a resurrected cold case. It’s a trigger.

Then a woman is attacked during an open house, and the connections between the two crimes, ten winters apart, begin to surface. So do the secrets that run as deep and dark as the currents in this quiet river town.

“Narrator Rebecca Mozo builds taut suspense from the start of this audiobook thriller about the unsolved disappearance of an art student named Emma. Voicing Emma's sister, Haley, 10 years after the disappearance, Mozo imparts an undercurrent of dread upon learning the police have found new evidence. Narrator Lori Prince, portraying Emma in the past, adds an exciting and quirky dimension to the novel's backstory.” (AudioFile Magazine)

“Part murder mystery, part interpersonal drama, a serviceable who-done-it (or did anyone?) with a host of compelling characters...this novel has just enough twists to keep its readers along for the ride. Sleuths will delight in piecing together clues and untangling lies alongside the protagonists.” (Kirkus Reviews)

“Sise (We Were Mothers) weaves together the stories of two crimes in Waverly, N.Y., in this crafty novel…Sise’s talent is her ability to keep readers guessing about which character might be covering for whom, and she keeps the surprises coming. This will appeal to fans of Big Little Lies.” (Publishers Weekly)

What listeners say about Open House

Everybody is sleeping with everybody. Sounds great wish I was there. The entanglements were confusing. The plot was okay but the story dragged. Save your credit.

Let’s start here, and end on a high note:

Not bad, but with this many characters speaking in first person, it needed one more narrator, or more diversity between the 2. Honestly, it all sounded like the same person, using a different accent at times.

Also, PLEASE, quit making my ears bleed...to all authors considering an audio version of your next best seller, please skip the sound effects, repetitive noises, etc. I’ve yet to hear a narrator do it well.., it’s next impossible.

I did find some positive qualities in these narrators; they didn’t murder the book. However, I did feel slight contempt for the male and teenage voices... too dramatic & too much pitch.

While certain elements of the plot were pretty out there, the ending was a nice unexpected twist and came together somewhat smoothly.

I’m also pleasantly surprised to purchase a new release that doesn’t feel like political drama was clumsily dropped in after the fact... thank you for skipping it! I’m beginning to think incentives such as free advertising are being offered up to those with a political hot topic included.

A reasonably good story diminished by the choice of a whiney "Valley Girl" voice for the victim. I could not care for the victim in this story because of the whiney accent that I associate with inconsequential women. The victim had no value so the story had no value for me.

This book was like taking a warm bath, not an enjoyable experience. I couldn’t relate or really have any fondness for the characters. “Open House” was mostly predictable with very few surprises. The surprises then made me like the characters even less, so by no means is this a book I would recommend, mostly for the fact that I could explain the whole synopsis in about 15 seconds. ...Also, the voices were less than creative if narration is where you hang your hat.

This book gutted me! Lies, omissions, cover-ups...a young female college student disappeared from a party in the woods 10yrs ago. Everyone thought that she had run away, until her bracelet was discovered. Now, as the lies unravel, those who were supposed to be Emma’s friends are all hiding the truth. But Emma’s sister, Haley, has no intention of letting the truth remain buried. Wonderful performance bu the narrators that brought this story alive.

I started this and stopped after 2 hours. it was so slow. then a month or 2 later I tried again and got into it. it was pretty good until one of narrators had to act. her voice became soooooooo annoying. it wasn't until the last hour that she had to start really acting (or trying) so I couldn't stop listening again, because I had to find out what happened, even though I had it figured out. it wasn't as twisty as people said inthe reviews. but I could recommend it anyone. I don't think there was any bad language or overly graphic anything.

A little confused at the start but then it starts falling into place. The weaving of. characters is well done and the back in forth in time is perfectly clear.Loved the characters and the narrator! Well written, did not end the way I wanted. Why do they do that!!!!!??????!!!

I actually enjoyed it

Sure, it's not the most intellectual or sophisticated read, but I've read much, much worse thrillers than this one. The narration was great, the plot was very solid and believable, characters are relatable and well developed. I finished the book in two days and didn't want to put it down. A credit well spent.

glad there were 2 narrators. I had to allow the speed down as the one narrator spoke very fast. I listen to it at bedtime and can't go to sleep if it's too fast