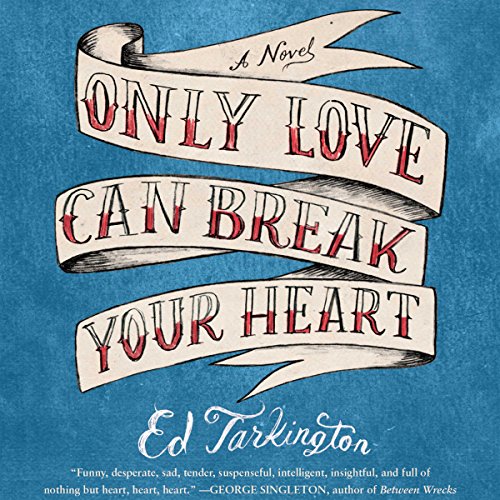 Only Love Can Break Your Heart

Six-year-old Rocky worships his older brother Paul - 16 and full of rebel cool, smoking cigarettes, driving around in his Nova blasting Neil Young - until the day Paul, in an ill-advised act of vengeance against their father, picks Rocky up from school and nearly leaves him for dead in the woods. Paul then runs off with his beautiful, fragile girlfriend, never to be heard from again.

Eight years later Rocky is a teenager himself. Although he's never forgotten the abandonment of his boyhood hero, he's now getting over it, with the help of the wealthy neighbors' daughter, Patricia, 10 years his senior, who has taken him as her lover. Rocky's in love - or thinks he is - but the affair sets off a sequence of events that bring ruin to the lives of both families.

In the spirit of Willie Morris, Tom Franklin, and Wiley Cash, this spellbinding debut draws you into a small-town American Gothic story of family fealty, scandal, and murder.

"Brilliantly explores the winding roads and culs-de-sac of love.... This addictive tale of abandonment and forgiveness will haunt you long after you've turned the last page." (Elizabeth Stuckey-French, author of The Revenge of the Radioactive Lady)
"An elegant bildungsroman.... The plot turns along family strife, naked desire, and sometimes violent treachery, but at its core Only Love Can Break Your Heart is a love story that just might break your heart, too." (Matt Bondurant, author of The Night Swimmer and The Wettest County in the World)

What listeners say about Only Love Can Break Your Heart

Light hearted, but I was crying at the end of the story. And I don't cry easy. Easy read and very enjoyable.

3 1/2 stars for this pretty good coming of age story with some interesting characters, uncomfortable situations and a murder mystery.