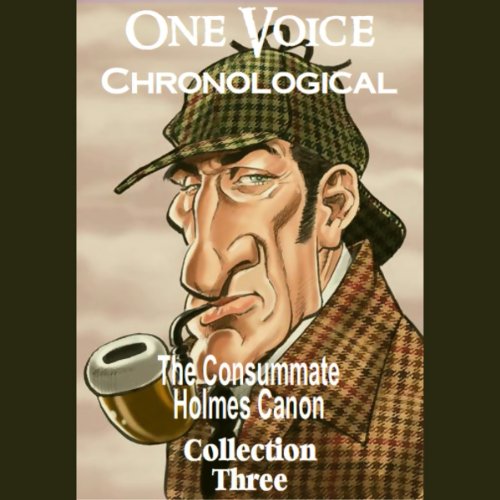 Silver Blaze: Dr. Watson's introduction to the Holmes case among the Memoirs of Sherlock Holmes called "The Adventure of Silver Blaze" is succinct and impossible to improve upon: "There was but one problem before the public which could challenge his powers of analysis, and that was the singular disappearance of the favourite for the Wessex Cup, and the tragic murder of its trainer."

The Yellow Face: Whose is the face at the upstairs window, "livid, deadly yellow, and with something set and rigid about it, which was shockingly unnatural?"

The Stockbroker's Clerk: Mr. Hall Pycroft has found a new job, but all is not quite as it should be.

The "Gloria Scott": The fifth story from Doyle's Memoirs of Sherlock Holmes reveals the roots of the detective's foray into criminology and his very first case as a young college student, when the death of his school chum's father unearths a terrible, tragic series of events upon the high seas, of plotting and murder, of betrayal - and the man's long-hidden secrets of another life.

The Musgrave Ritual: Digging into his tin box of papers one day, Holmes recounts for Dr. Watson one of his earliest cases. In it, Holmes must decipher the ancient Musgrave Ritual to solve the mysterious disappearance of schoolmate Reginald Musgrave's butler and maid, after Musgrave terminates the butler for secretly reading the text of the ceremony.

The Reigate Puzzle: A holiday in the country after Holmes suffers an attack of nervous exhaustion develops into a crime investigation, and then one of the detective's cases, when a family retainer is murdered but the points of evidence seem completely awry.

The Crooked Man: Watson joins Holmes late one night as the detective takes on the case of an army officer who has died an apparently violent death.

What listeners say about One Voice Chronological: The Consummate Holmes Canon, Collection 3

This review is of the whole Consummate Holmes Canon collection.

I wanted the whole collection of stories in chronological order on audio and this is the only collection I found with a narrator I could stand. (I don't like Covell.) I'm not pleased that the volumes don't correspond to the published collections (e.g., Vol 3 has stories from The Adventures of Sherlock Holmes and The Memoirs of Sherlock Holmes), but at least the stories are in order.

If you don't mind some recording-quality oddities, it's a serviceable narration. Davies does a good job with multiple character voices.

There are some quirks to the recording.

In some cases female-range voices are produced by speeding up the narration, but this was done inconsistently, so there are occasional sections where a female voice sounds like something out of Alvin & The Chipmunks.

One can hear modern traffic noises in the background occasionally.