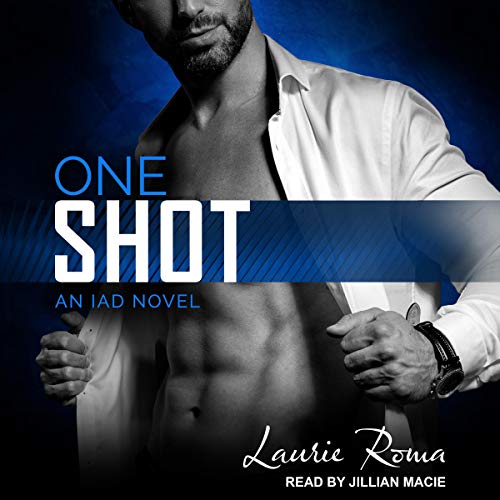 By: Laurie Roma
Narrated by: Jillian Macie
Try for £0.00

Tara Toshi is a woman on the edge. Code name "T-rex," Tara is one of the elite agents of the IAD Agency, modern-day warriors tasked with taking down terrorists and keeping the world safe. She doesn't believe that happily-ever-after exists for her, until her world collides with corporate tycoon Julian King.

Julian King is the owner of a multimillion-dollar hotel empire. He rules his kingdom with an iron grip, especially the Palace Hotel and Casino in Las Vegas which he personally manages. He's used to playing the odds and knows the house always wins, but when he meets Tara, all bets are off.

When a terrorist plot threatens his city, Julian realizes that everything he cares about is in jeopardy, including his heart. With so much at stake, can Tara and Julian risk going all in, or will they lose their one shot at finding happiness together? Contains mature themes.

What listeners say about One Shot

Julian and Tara are true and real couple goals

I'm a big fan of the romance genre so I was hesitant that this hero and heroine's love story would be a boring cliche, but it went beyond. It was fun getting to know Julian and Tara. If you like Katie Reus' Breaking Her Rules, you'll love this.

The narrator was great too.