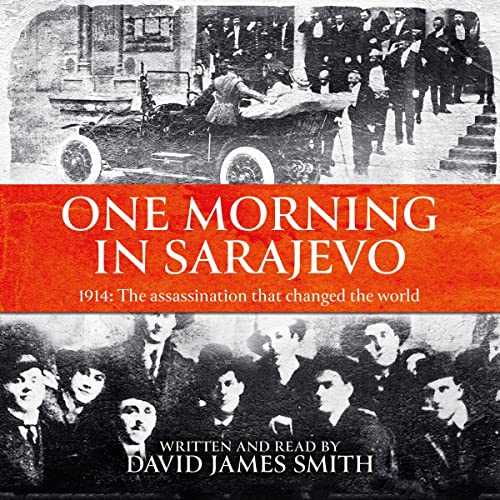 One Morning in Sarajevo

Sarajevo, 28th June 1914: the story of the assassination that changed the world.

Young Gavrilo Princip arrived at the Vlajnic pastry shop in Sarajevo in Bosnia-Herzegovina on the morning of 28th June 1914. He was greeted by his fellow conspirators in the plot to kill Archduke Franz Ferdinand. The archduke, next in line to succeed as emperor of Austria, was beginning a state visit to Sarajevo later that morning. Ferdinand was not a very popular character - widely thought of as bad-tempered and arrogant and perhaps even deranged. To the young students, he embodied everything they loathed about imperial oppression. They planned to kill him at about 11 o' clock as he paraded down Appel Quay to the town hall in his open top car.

What happened in those few hours - leading as it did to the First and Second World Wars - is as compelling as any thriller.

"A fine piece of political and literary detective work, which held this reader enthralled." (Tribune)

What listeners say about One Morning in Sarajevo