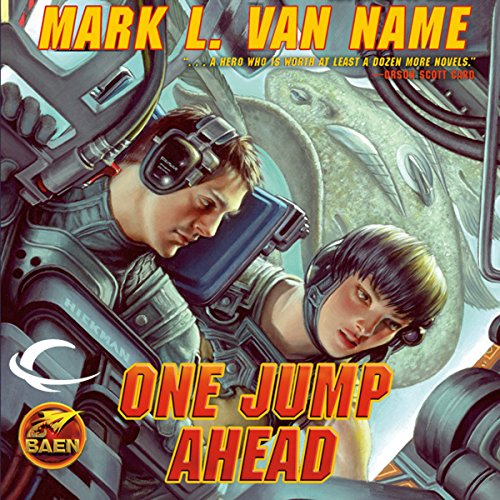 Jon Moore: A nanotech-enhanced warrior who wants nothing more than a quiet life and a way back to his strange home world. Lobo: An AI-enhanced Predator-Class Assault Vehicle, a mobile fortress equipped for any environment from the seabed to interstellar space.

Jon Moore wanted only to relax on the pristine planet of Macken - but Macken was the secret battleground of two megacorporations, both determined to control the local jump gate and the riches of an undeveloped world. Moore was too valuable a tool not to be used, whether or not he was willing.

What the corporations didn't realize was that Moore had a mind of his own and a conscience that wouldn't let him quit until he'd righted the wrong they'd tricked him into making. And Moore had Lobo - or just possibly, Lobo had Jon Moore, because this Assault Vehicle had a mind of its own, too.

Finding allies and enemies among terrorist groups and elite mercenaries, gun-runners and the only kind of government possible on a frontier short on rules and long on riches, Jon and Lobo fight to a climax with a corporate army that can't afford to leave any witnesses. Exotic settings, fast action, real tech, mechanically-enhanced animals - and a beautiful woman who's as deadly as a cobra!

What listeners say about One Jump Ahead

A fun ride through the cosmos

One Jump Ahead is the first book in an awesome series. It's got the best AI ship I've ever read about. It's fast paced and it's fun. You'll love Lobo. I just finished the latest release, No Going Back, and can't wait for the next book to come out. If you like science fiction you won't want to miss this series.

It's all just a beginning.

Despite a bit obvious and cliche parts in the beginning, the book gets better as you listen to it.
It gives you some back story about main characters and helps you understand some of their motives.

It's getting more interesting as the book progress!!

I couldn't get into this one. I thought the narration was wrong for this character and I just thought the story was a bit goofy. Sentient laundry machines? Eh... I'll pass.